Nearly fifty years into mankind’s space exploration, we have littered the heavens with our garbage. There is an incredible amount of debris that that is literally stuck in Earth’s gravitational field, with each piece traveling at about 18,000 miles per hour. Of the estimated 600,000 pieces of old spacecraft parts, spent rocket stages, satellites that no longer work, fragments from small collisions, solid rocket fuel slag and even paint flakes from aging satellites or equipment, only about 20,000 or can be tracked. So each time we send new things into space such as the shuttle or satellites, we have to worry about the possibility for a major collision with some of that debris. To combat the problem, the United States has deployed a worldwide network of almost 30 optical and radar (mechanical and phased array) sensor sites that have a mission to detect, track and catalog these objects and debris that are currently orbiting Earth. The network of sensor sites is referred to as The Space Surveillance Network and has a variety of jobs including the plotting of anticipated orbital paths, predicting when and where a decaying space object will re-enter the atmosphere and even determine which country owns that re-entering object.

Satellite collisions are a rarity and do make the news. In 2008, China’s space program intentionally crashed two satellites together as part of a anti-satellite test, a collision that outraged the International Space Community because it created thousands of additional debris fragments. There was also a major accidental collision last year between a commercial Iridium satellite and a defunct Russian Cosmos spacecraft; the two bodies smashed into one another almost 500 miles above Siberia. The more objects that are up there, the more chance they have of running into one another.

Until now, we have relied on ground-based systems to track all this space debris. But tonight a new United States Air Force satellite will be launched from Vandenberg Air Force Base that will give us for the first time an unobstructed and clear view of all of this debris and active satellites in space. The Space Based Surveillance Satellite (SBBS) is the first of it’s kind and will finally give us the proper debris-tracking capabilities. 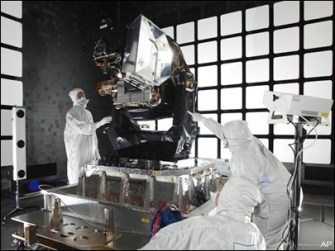 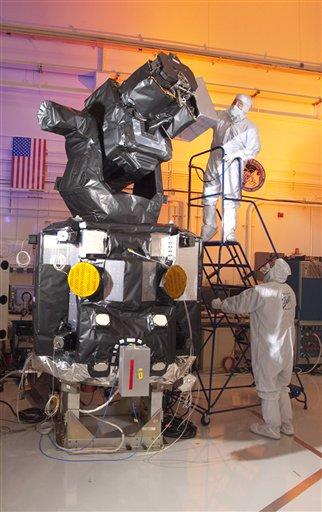 We will of course have to give the satellite a bit of time before ample amounts of data and images start pouring in, but we may find a considerable amount of more debris that we were unable to track before. It’s likely that the tracking data that this satellite will provide will be worth it’s weight in gold.

Revolutions in Politics, and in Literature: Chernow, Moody

Is there a truly “revolutionary” element in the current surge of anger in American politics? What is the place of madness and irrationality in revolution? If we want to speak […]