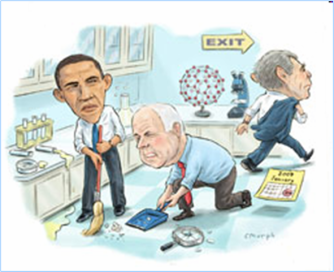 For members of the science policy community, I will be giving a talk tonight at 6pm at AAAS headquarters, titled “Science Communication Reconsidered: Key Issues for 2009 and Beyond.” (1200 New York Ave., NW.)

In the talk, I will be focusing in detail on recent innovations in public engagement efforts as well as the prospects for a new generation of science policy experts. It should prove to be an interesting forum and debate over what’s ahead and the possible directions to take as scientists and their institutions hope to better engage Americans on issues such as climate change, nanotechnology, evolution, and biomedical research. The presentation is the first among several I will be giving at different venues here in DC and New York over the next few months.