Part One of Two

I often receive e-mails from my fans who state that my ability to popularize science and technology is reminiscent of the late Carl Sagan; This got me to thinking about the Voyager spacecrafts and the infamous 12-inch, gold-plated copper disks that are more commonly referred to as “The Golden Records” or “Voyager Interstellar Records.” There is a copy of the record on each Voyager spacecraft and contain images and sounds selected to portray the diversity of life and culture here on Earth. Each individual record was accompanied by a stylus and a cartridge with a set of instructions on how to play it and retrieve it’s contents. 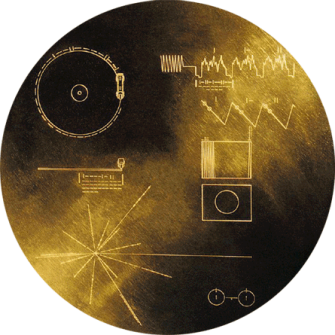 It was a committee that was chaired by Carl Sagan that chose the sounds and images for the record and was ultimately responsible for the design of the record. They are intended for any intelligent extraterrestrial life-form who may find them. Sagan noted that this was like launching a bottle full of messages into the cosmic ocean. NASA’s Jet Propulsion Laboratory offers a wonderful interactive presentation about Voyager and the Golden Record where you are able to hear the sounds, greetings and view the images.

The sounds include greetings in 55 languages, a personal greeting from President Carter and the Secretary General of the U.N., and music from various countries including India, Peru, China, Japan and Mexico. Some of the artists include Mozart, Bach, Beethoven—and even Louis Armstrong and Chuck Berry. Also included are 100 sounds from nature, including babies crying, dogs barking, a crashing surf, birds chirping, and a mountain breeze.

The 116 images on the record are encoded in analog form and composed of 512 vertical lines. Amongst the images are a solar location map, simple mathematical definitions, physical unit definitions, solar system parameters, the solar system & planets, chemical definitions, DNA structure, human anatomy, a woman giving birth and a nursing mother, a schoolroom, animals & insects, famous architecture, scenery & landscapes from around the globe and there is even one of a woman eating a grape in a supermarket. These are the images that would generally describe who we are as a people, the different cultures we have and how it is that we go about our daily lives. 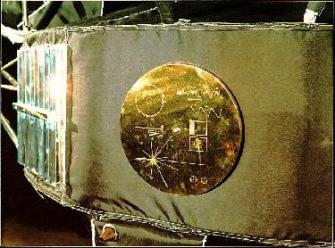 Today we introduce our newest blog, Dollars and Sex, written by Marina Adshade, an economics professor at Dalhousie University in Halifax, Nova Scotia.  There she teaches a popular undergraduate course […]