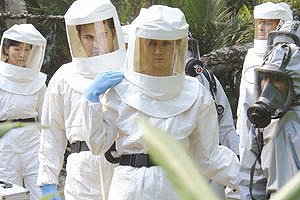 Bird flu is suddenly back in the news as officials in Indonesia report new cases this week. In a spring 2006 Skeptical Inquirer Online column, after evaluating trends in reporting and opinion polling, I offered this outlook on the nature of news coverage and its impact on public perceptions:

Though experts are often quick to criticize the media, so far, there is little evidence that news coverage of Avian flu has promoted undue alarm among the American public. Public attention to the topic remains relatively low, while few Americans express worry that they or their family might contract the virus. Yet, looking ahead, public concern is likely to track closely with levels of media coverage, and in relation to the nature of competing events or issues. Similar to West Nile Virus, if infected birds are found in North America, or the first human cases occur, media attention and public concern are likely to sharply increase.

In this sense, the news media serve an important surveillance function. The great majority of the public will continue to pay limited attention to either the details or the nature of the issue until a major spike in news stories alerts them to an imminent and urgent problem. At that time, it is likely that a small segment of the public will turn to the Internet and to newspaper coverage for more detailed information, while the rest of the public will rely heavily on the directions and reassurances of government agencies and public figures that they trust, messages that will be encountered by way of television news.