Images matter. They help us make sense of the world anddefine our reality. Overtime images can become symbols that frame what webelieve – thwarting or facilitating change. Changes in social definitions ofhow we view the world often comes with slow, sometimes subtle cues that reframehow we think. How we define what is a lost cause and what is an opportunity. Thereis a new look to old age emerging that is beyond the magazine covers markingboomer birthdays and products aimed solely at the 50-plus. It is ubiquitous, aspirationaland international. And it may be changing more than public attitudes, overtimeit may be a critical element convincing businesses who think they are not in the ‘older consumer market’ to take a newapproach to old age. 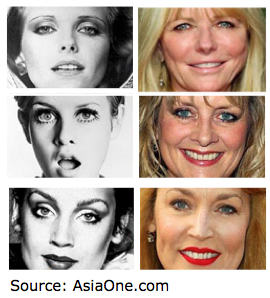 Here are two examples from the media and cosmeticsindustries – the folks that define how the world ‘looks’ or at least how muchof the world wants to look. The first is an example from Singapore-basedAsiaOne. AsiaOne published a multimedia story about older models entitled,They look better with age, showing photos of about 15 women in their ‘youth’ asswimsuit and runway models and photos of how they appear today. While many ofthe faces are of women who are still young by any standard others include iconsthat are today well over the current benchmark ages of middle age – 50 and 60years old. Jerry Hall at 55, Twiggy at 62, and Cheryl Tiegs soon to be 64.

The second example is from a cosmetics department display inUS-based, midmarket retailer JC Penney. The display shows the new face ofbeauty spans both race and age. 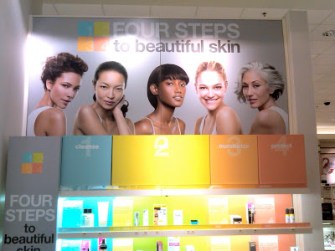 Are these just examples of new marketing? Are they simplythe realities of an older marketplace? Yes, but something else is taking placeas well. These images did not appear on the cover of AARP’s magazine that haslong championed a new image of old age, the pharma industry targeting a population, or even financial services touting retirement – these were in venues (online and mallcosmetic counters) that some might argue are places ‘owned’ by youngerconsumers. Aging is, slowly, going mainstream. While some may argue that thefaces portrayed to be old are neither old nor realistic – it is a start to haveanyone over 30 described as looking good or at par with the faces of muchyounger buyers.

Product and service developers are neither isolated nor immune from the social cues around them. When older age becomes mainstream, widely found in publicationsand shopping malls, product developers and businesses are affected as well asconsumers. The new definition of old age will influence business to invest inthe wants and needs of older consumers – not just as a social good but as a marketopportunity. Redefining old age as something that is ubiquitous, aspirational andinternational is more than a marketing ploy, it is the beginning of redefiningit as a target of business opportunity and innovation.

Related
The Learning Curve
Why do high IQ people stagnate in their careers? Emotional intelligence
Research suggests that emotional intelligence is more vital for success than IQ.
The Present
Even in the age of AI, some problems are just too difficult for computers
Computers are growing more powerful and more capable, but everything has limits
The Future
How the metaverse will revolutionize K-12 and higher education
Imagine going on a tour through the human circulatory system as a tiny cell. That is just one example of education in the metaverse.
Starts With A Bang
Ask Ethan: What are white holes, and do they really exist?
In General Relativity, white holes are just as mathematically plausible as black holes. Black holes are real; what about white holes?
Life
Strange life forms create an “alien” ecosystem in an abandoned uranium mine
Slimy biofilms made up of bacterial and eukaryotic life forms have taken over an abandoned, flooded uranium mine in Germany.
Up Next
Guest Thinkers
Why US Baby Boomers are Slow to Buy Smart Phones: Technophobes or Value Buyers?
The telecommunications industry is stumped by the baby boomers.The first cohort to refuse to let products or services define them as ‘old’,one would think the boomers would be quicker to […]