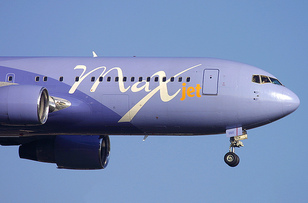 Over the past few years, one of the most interesting innovations in the airline industry has been the growth & expansion of the “business class only” travel segment for service between international cities such as New York and London. Companies like Eos, SilverJet and MAXJet were early pioneers and deserve enormous kudos for their courage and tenacity for taking on the airline majors in a brazen attempt to siphon away the industry’s most profitable customers. On Christmas Eve, though, MAXJet just plain maxed out – literally stranding passengers on the tarmac when the company decided to file for bankruptcy on one of busiest travel days of the year. The company cited “high fuel prices,” “fierce competition,” and “a failure to raise new capital” from investors as reasons for the drastic measure. As recently as October, the company had been talking up the idea of buying new Boeing 767 jets and expanding the number of routes served.

Another reminder that innovation within the airline industry is a tough nut to crack. As Richard Branson once pointed out, “The fastest way to become a millionaire is to start off a billionaire and then buy an airline…”

Virtually all the statistical methods researchers commonly use assume potential mating partners decide who they will have children with based on a roll of the dice.
Up Next
Guest Thinkers