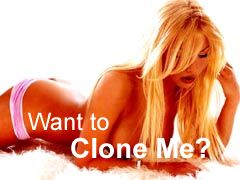 Last week marked the ten year anniversary of the announcement of the cloned sheep Dolly. While the U.S. press largely passed on the moment, the Canadian and British media paid much heavier attention. In an op-ed at Canada’s Globe & Mail, my friend Tim Caulfied, a professor of law and research director at the University of Alberta’s Health Law Institute, wondered whether all the knee-jerk policy activity sparked by the event was really worth the fuss.

For example, the UN spent three years negotiating an international ban on human cloning, only to settle on an ambiguous non-binding declaration that calls on countries to prohibit all forms of human cloning that “are incompatible with human dignity.” Now there’s a clear, bright line policy if there ever was one!

In Canada, notes Caulfield, Dolly and the sensationalistic claims of the Raelians led to the 2004 Assisted Human Reproduction Act, a law that bans both reproductive and therapeutic cloning. Writes Caulfield: “The fact that a cloning hoax could have such a direct impact on Canadian science policy is, in itself, an astonishing part of the Dolly legacy.”

He concludes with themes often shared here at Framing Science and in some of my own research. Whether the debate is GMOs, global warming, or cloning, when an issue is debated in an overtly political context such as the Canadian Parliament, the U.S. Congress, or the UN General Assembly, there is a polarized emphasis on exaggerated benefits, risks, and claims about morality. The media feed into this, as coverage passes from specialist science correspondents to political correspondents who often favor “false balance,” drama, and conflict in their reporting.

It is under these contexts that media attention usually spikes relative to the science topic, thereby drawing the attention of the mass public. Yet at these critical moments, the focus for the public is not on the science nor on a nuanced view of the ethics, but rather on the personalities, conflict, and extreme claims being made. “Cloning a human remains a bad idea” writes Caulfield. “But Dolly should remind us of the need for a healthy skepticism of both the utopian and alarmist depictions of science and research.”