A brief update today on the activity at Taal in the Philippines. There has not been a significant change in the behavior of the caldera, with the latest PHIVOLCS update mentioning 13 earthquakes under the volcano during the last 24 hours. However, one of those earthquakes on Volcano Island was larger than the rest and a rumbling sound was reported after the earthquake. The crater lake water at Volcano Island also increased to 31.5C (from 30.5C) and the edifice has experienced slight inflation since the last measurements in February. All of this activity means that Taal remains on alert status 2 with much of the area in the lake and its islands off limits to all. The current evacuations at the volcano have now reached nearly 1,500 people in shelters and a total of 5,000 people total have left the area voluntarily. The government has issues assurances that others near the volcano will have sufficient time to evacuate if the situation arises.

For those of you just joining the discussion of Taal, remember, the mostly likely eruption would be confined to Volcano Island, thus the evacuations of people living on or near the island. Most of the recent activity has been small, explosive vents, mostly driven by phreatic explosions in the crater lake on Volcano Island (which is different than Taal Lake that fills the caldera). That being said, eruptions in the last fifty years at Taal did produce pyroclastic flows (such as in 1965 – see image below). The 1965 eruption was partially through the crater lake, which added to the explosivity. So, the threat is there for surges that could travel a few kilometers from the vent, however it is still much more likely that any eruption will be limited to Volcano Island, at least based on the recent activity at the caldera. 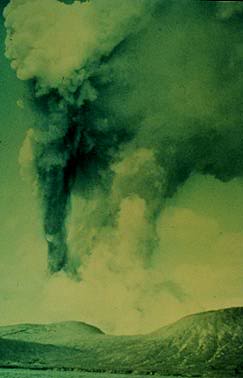 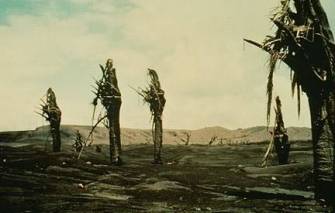 Damage from pyroclastic flows during the 1965 eruptions at Taal. Click here to see the originals.

You can get a brief summary of all the activity at Taal over the last week in the latest USGS/Smithsonian Global Volcanism Program Volcanic Activity Report.

Top left: Undated image of Taal Lake in the Philippines with the cone of Volcano Island in the foreground.

There are different types of atheism and atheists. In general, they can be classified as the non-religious, the non-believers, and agnostics.
Up Next
Guest Thinkers

What’s the Future of Higher Education?

With tuition spiraling upwards as the cost of learning paradoxically plummets, higher education is on an unsustainable course.