On one side, the so-called accommodationists argue that humanists should focus their energies on serving with other societal leaders in confronting common challenges such as climate change, poverty, or failing schools.  On the other side, confrontationists tend to argue instead for go-it-alone criticism and ridicule of religion at every opportunity, a bunker mentality that sees atheists as losing a war against what they frequently refer to as religious idiots, fanatics, and nitwits.

As Mooney described, the two camps in the debate share “99% of our intellectual DNA.”  How is it then that adherents to either side view the issues and the stakes so very differently?

Mapping the Social Factors that Lead to Diverging Perspectives and Goals

The difference turns on a number of likely sociological influences, factors that could be mapped in a survey study of the humanist community and its leadership.

To start, contrary to how the division is characterized at panels, blogs, or in news coverage, most humanists do not fit neatly into either camp.  In other words, perspectives on this issue are not binary.  Instead, as a dependent measure, multiple items could be developed that validly and reliably placed respondents in the survey on a continuum from “strong accommodation” to “strong confrontation.”

To predict where an individual might fall on this scale, a number of important independent variables should be examined.  These include:

These are all possible measures and research questions to explore, getting at the difference in views among individuals who otherwise share many common traits and experiences.

What do readers think?  Are there other factors that might be important to measure and examine?

Are Atheists Better at Blogging? 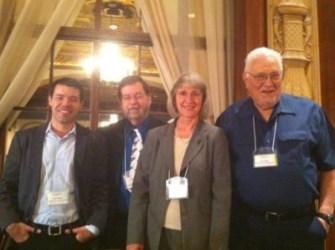 Why There Aren’t More Interracial Couples

New evidence from speed-dating trials helps untangle the reasons why segregation persists in dating and marriage.