Busy today with scouting out some field location for the class I’ll be teaching this fall. Here’s this week’s USGS/SI Weekly Volcano Report. The report is a little more eventful than last week’s, so enjoy! 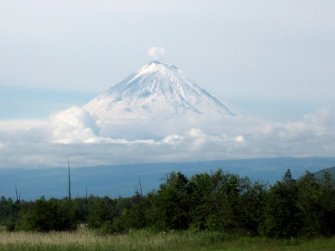 nKliuchevskoi Volcano in Kamchatka, taken summer of 2009 by Theresa Kayzar.