My mailbox is overflowing with questions from viewers who have watched “Sci Fi Science.” It would take too long to answer all of them, but let me answer a few of them which are representative of the ones which came pouring in.

Question One: Nukes are a bad way to get rid of comets or meteors that are headed for earth. But do they have any use at all?

Answer: In general, nuclear weapons will shatter comets and meteors and hence possibly aggravate the problem. But there ways in which a nuclear weapon might be of some use. By detonating it near a meteor or comet, one may be able to use the shock wave to gently deflect it so that it does not hit the earth. However, we don’t know the consistency of these objects and how they are held together. Some scientists believe that large comets or meteors might actually be a loose collection of debris held together by gravity, and hence even a small nuclear weapon would be enough to disperse it rather than deflect it. Also, instead of deflecting it, a nuclear weapon might shatter it by accident. Halley’s comet, for example, is about 20 miles across and is shaped like a peanut. If the nuclear weapon were to shake the comet, it might shatter into two pieces, causing more problems. So using nuclear weapons is useful only if we know the consistency of the meteor or comet.

Question Two: The program advocated putting sensors in the asteroid belt to warn us of comets or meteors. But comets from the Oort cloud can come from any direction, so won’t the sensors be useless?

Answer: you are right that long-period comets from the Oort cloud can come from any direction, since the Oort cloud is a spherical ball of debris left over from the formation of the solar system. Short-period comets, on the other hand, lie in the plane of the solar system and hence can be detected by sensors in the asteroid belt. The point made in the program is that you put sensors where you can. Since the asteroid is already there, we can use them as ready-made stations for sensors, which would be cheaper and more efficient then scattering them around the solar system.  So in principle, sensors for an early warning system can be placed anywhere, but it makes more sense, economically, to place them in the asteroid belt where lots of platforms ready to use. This is especially true if these sensors also have heavy-duty laser cannons. Since space is largely empty, sensors placed in the asteroid belt would also be useful to detect comets from the Oort cloud which are coming at us from different angles.

Question Three: What’s the chance that a comet or meteor can hit us anytime soon?

Answer: Just last week, two asteroids (about 50 feet across) passed by the earth, coming very close to our satellites, and we had almost no warning until they were very close to us.

In general, a city-buster, like the one that hit Siberia, hits the earth every century or so. (They are about the size of a large apartment building).  A country-buster hits the earth once every few thousand years. And a planet-buster, which can destroy all life on earth, hits about every 50 million years. (They are more than 5 miles across). So it is impossible to tell when we might be due for another meteor or comet strike, but it is a good idea to  have a permanent sent of sensors in orbit to detect these objects in real time (such a system does not yet exist, so we could in principle be caught off guard at any time.) My point is although huge comet or meteor strikes are uncommon, we should take out an insurance policy and at least detect their presence before they hit. 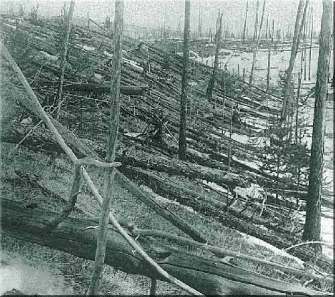 Batwoman is gay. Originally introduced as part of DC Comics’ 52 series as part of a push to introduce more minority superheroes, the new Batwoman was fleshed out by Greg […]