Compact fluorescent light bulbs are a fantastic energy-efficient alternative to standard incandescent ones, but let’s face it – they’re rather unfortunate-looking. Until now. From British human-centric gadget company Hulger and designer Sam Wilkinson comes The Plumen – the world’s first designer CFL, meant to be shown off rather than hidden. 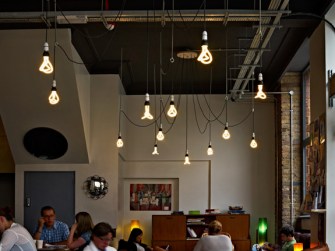 The name ‘Plumen’ is inspired by birds’ plume, the decorative feathering signaling the bird’s beauty and prowess. The Plumen is now available in the UK and throughout Europe, with a US and global release coming soon.

If A Pastor Burns The Qur’an, And No One Is There To Film It…

One self important minister who tends to LESS THAN FIFTY parishioners had national newscasters intoning sober pronouncements about his opinions on the Quran all this week?Are we serious?Is this what […]