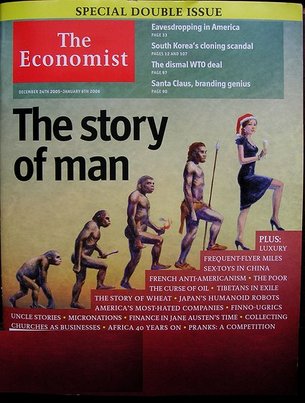 nOver at the Great Human Capital blog, Margaret Wheatley has written a beautifully moving description of innovation that ties in to many of the themes that will appear here on the Endless Innovation site. According to Margaret, too many organizations fail on their innovation projects because they tend to think of themselves as mechanistic and machine-like. Once they learn to think of themselves as living, breathing systems, it all becomes a lot easier. Notice, too, how she brings up the notion of “continuous creation” and “infinite variation” by referring back to the natural world:

“Thenhuman capacity to invent and create is universal. Ours is a livingnworld of continuous creation and infinite variation. Scientists keepndiscovering more species; there may be more than 50 million of them onnearth, each the embodiment of an innovation that worked.

Yetnwhen we look at our own species, we frequently say we’re “resistant tonchange.” Could this possibly be true? Are we the only species — out ofn50 million — that digs in its heels and resists? Or perhaps all thosenother creatures simply went to better training programs on “Innovationnfor Competitive Advantage?”  […]

Nownthat I understand people and organizations as living systems, fillednwith the innovative dynamics characteristic of all life, manynintractable problems have become solvable. Perhaps the most powerfulnexample in my own work is how relatively easy it is to creatensuccessful organizational change if you start with the assumption thatnpeople, like all life, are creative and good at change.n

Oncenwe stop treating organizations and people as machines and stop tryingnto reengineer them, once we move into the paradigm of living systems,norganizational change is not a problem. Using this new worldview, it isnpossible to create organizations filled with people who are capable ofnadapting as needed, who are alert to changes in their environment, whonare able to innovate strategically.”

[image: The story of man]