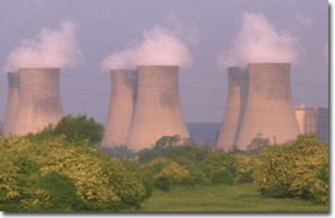 A new study at the journal Risk Analysis examines the factors shaping public perceptions of nuclear energy and provides important clues about how to effectively mobilize public support for expanded investment in the technology. (See end of post.)

The study analyzes data from 1997, but the relative stability in public attitudes about nuclear energy and the strong measurement in the study of core constructs such as risk perceptions, environmental values, and nuclear attitudes make the findings still relevant.

Not surprisingly, according to the analysis, basic value orientations–including environmental values–shape public attitudes and account for much of the variance in support. However, the study also finds that one of the strongest predictors of support is trust in the nuclear industry and regulators. Above and beyond value orientations, the more trust respondents had in these organizations, the more supportive they were of nuclear power.

The impact of trust was both direct in shaping support for nuclear energy, but also indirect by way of its influence on risk perceptions. Specifically, the more trust individuals had in industry and regulators, the fewer risks they perceived in nuclear technology, and thereby the more supportive they were of investment in nuclear energy.

From the conclusion to the study:

We began our investigation with the question of whether or not happy days are here again for nuclear power. The most recently available national opinion data on expanding the number of nuclear power plants reveals an ambivalent American public. From 2001 to 2003 polls show a slight (51%) to solid majority (60%) opposed to this option.(19) Recent Gallup polls,(20) however, show a slightly positive attitude, where: in 2004 54% favored nuclear compared to 43% opposed; in 2006, 55% favored while 40% opposed; and in 2007, 50% favored while 46% opposed (although this barely exceeds statistical significance). Moreover, the most compelling raison d’etre for reviving nuclear power, as a solution to global warming, has yet to attract widespread support.16

Despite this considerable opposition, the American public supports nuclear power for the generation of electricity in the abstract: in the most recent national poll 53% favor this option,(19,20) a finding consistent with the plurality support (42%) that we found here, although the majority of our study’s respondents either oppose (28%) this option or are unsure (30%). This evidence together with the data on persistent majority opposition to local plant sittings, as described in footnote 3, is not encouraging to the widely claimed revival of nuclear power.

Our survey was designed to unpack global attitudes toward nuclear power by examining their underlying cognitive, cultural, and social elements. The results from our SEM estimates sustain previous findings,(40,45,61) showing the importance of institutional trust on risk perceptions and the importance of both in shaping attitudes toward risky technologies, such as nuclear power. The direct effect of trust is slightly stronger (0.52) than the direct effect of perceived nuclear risk (0.43), and the total effects are substantially larger. Even controlling for trust, risk perceptions, and the NEP, values maintain a substantial direct effect on support for nuclear power. When we turn to the immediate antecedents of perceived nuclear risk, we find that trust dominates and education is the only other independent variable that has a significant direct effect.

In general, our results extend the cumulative findings in the literature on the connection between institutional trust, risk perceptions, and attitudes toward risk technologies. Importantly, however, they deepen our understanding of the dynamics of technological decisions by demonstrating the key importance of values–both directly and indirectly via environmental worldviews, trust in nuclear organizations, and perceptions of risk. Not only do these results sustain the prediction of the VBN model, but they also refine our understanding of attitudes toward nuclear power by distinguishing between traditional values that increase risk tolerance from socially conscious values that decrease tolerance….

…A proper interpretation of our results requires an appreciation of the “plasticity” of variables, by which we mean the speed with which a given variable can change in any direction and the possible range of that change.(62) Longitudinal data on nuclear attitudes over decades show them to be asymmetrically plastic. It is relatively easy to increase nuclear opposition with negative events, such as public protests or accidents such as Three Mile Island, but very difficult to increase nuclear support, even after long periods of safe operations.(6) Hence, whether a new generation of safe reactors, or a burst of enthusiasm from the nuclear industry, or national policy and financial support can redirect nuclear attitudes to be supportive of the technology is highly problematic. As for trust, the risk perception literature has been dominated by the assertion that trust is fragile–once broken it is hard to regain.(40,44) Our data reaffirm that those who believe that nuclear power is an essential part of America’s future energy supply will need to devote as much attention to institutional design and performance as they do to reactor design if they hope to win public support. Our results, along with the other data reviewed here, suggest that public attitudes toward nuclear power, while considerably less negative than in the recent past and trending slightly positive, are not yet reflective of the exuberance of those predicting an early renaissance in commercial nuclear power.

The VBN model, supported in part by our results, frames and summarizes the dynamics of what shapes nuclear attitudes. It shows that the individual decisionmaker is neither an isolated, cold, calculating maximizer of the rational actor paradigm, nor is the “cognitive cripple” ruled by incoherent thinking once believed in the psychology of risk. Instead, the decisionmaker exhibits a rich combination of cognitive insight, social and emotional intelligence,(63) and cultural awareness, all anchored by fundamental values showing concern for others and the environment.

To the extent that an enhanced reliance on nuclear power is or can become technologically, economically, and environmentally viable, it will require not only a more robust understanding of the underlying drivers of public attitudes, values, and perceptions about nuclear power but also active assimilation of that understanding into public policy and institutional design.

The authors don’t directly address it, but what are the implications of the study for effective public communication?

The findings suggest that advocates for expanding nuclear energy–whether government, industry, or forward thinking environmentalists—need to focus less on educating the public about the technical risks and benefits of nuclear energy and more on relationship building, engaging in organized dialogue with stakeholders and concerned citizens at the local level; framing messages that speak to the background and social identity of key audience segments; using respected third parties and opinion leaders such a medical professionals and religious leaders to build trust; and using Web sites and other social media tools that enhance transparency and two way dialogue with audiences.

On His Birthday, A Call to End Darwin Worship

In an essay today at the NY Times, Carl Safina pinpoints one of the lingering challenges in communicating about evolution: what he calls the “cult of Darwin.” If we would […]