This just came in via Dr. Boris Behncke (on Twitter) – after some signs such as increasing seismicity that activity was about to start on Etna, sure enough, the volcano has begun to erupt again (see below). The volcano has been sputtering earlier in the week with abundant steam/ash plumes and some strombolian explosions (top left) in the southeast pit crater. You can check out the Etna webcams to glimpse the action. Look for updates on the activity at the Etna Observatory.

UPDATE: Here is a link to another INGV webcam with a good view of the activity. Here are a few non-INGV webcams as well – check out camera 6. 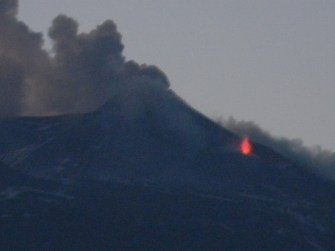 Top left: A strombolian explosion on Etna seen on May 8, 2011. Image courtesy of the Etna Observatory.

Don’t You Mean “The Journal Of ‘Differentiated Being’ Ethics”?

The first issue of the Journal of Animal Ethics unexpectedly ruffled some feathers with an editorial note on terminology. The editors raised critics’ hackles by calling upon contributors to use […]