I’ll be off in the mountains of Virginia until Monday, so no updates for the rest of the week. I’ll leave you all with a new Mystery Volcano Photo sent in by a friend (I don’t want to give any clues away just yet) … hopefully one that might be a bit more challenging. Enjoy the weekend! 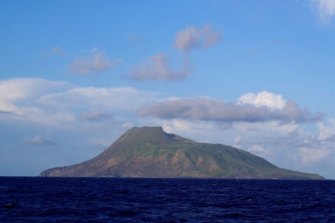 The second Mystery Volcano Photo was apparently way too easy for you savvy volcanophiles, so here’s another to test you over the weekend.