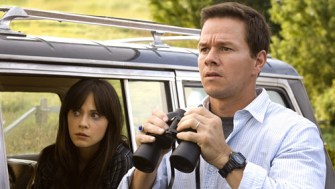 In The Happening, “Marky” Mark Wahlberg plays a science teacher who tells his students that evolution is just a theory.

If you listen to this Science Friday interview, you will see that Shyamalan is not the most sophisticated guy when it comes to science. After all, he is the devoutly Christian director who made his break though with a film about a kid who sees dead people (The Sixth Sense) and then later teamed with Mel Gibson in a movie titled “Signs.”

So I would not be surprised if the film balances evolutionary science with a theme advocating an intelligent and intervening force in the universe.

The National Journal has released its annual survey of Congressional members on their views of climate science. When asked: “Do you think it’s been proven beyond a reasonable doubt that […]