There are only so much bagels and coffee to go around. Most of the staff will have their pickings from the muffins (usually gone by the 50th staff member), and some will surely be on a diet or have eaten already, and they’ll decide to skip over the principal’s peace offering for the first staff-wide meeting of the school year. They salute people they either haven’t seen in a couple of weeks or a couple of months, begrudging the first long speech of the year as well. They’ll sit through the introductions, the mixed news, the goals, the one or two jokes, and the promise for a new and better year. But all the excess cream cheese dries up, the coffee gets cold, and the utensils run out. The world is starving while people dump the leftovers in a big garbage bag. If, as a principal, that’s the only support you provide for your staff, then you’ll wonder if that’s the only part of your school that’ll go stale. 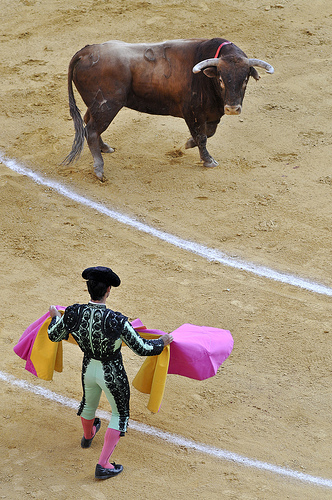 As a teacher (and math coach), I’m looking for a few things from my leader. Food is supplemental in this equation, but not the true sustenance for the grueling 180-day season that is school. When a principal mentions things like autonomy, professionalism, and high expectations, this teacher’s heart grows aflutter. It’s as if the principal actually decided they’d actually fortified their spines with irons. Anytime a principal has confidence in their staff to do the job right, treats them like in-house specialists, it speaks volumes to the sorts of things he or she expects from the staff member.

It also means that a principal has to have those expectations met satisfactorily. Any staff member has incentive to work less hard if they know specific members of the staff get some undue privilege. Any teacher worth their weight in chalk won’t fall for that, but the staff members who need the most help are the ones who’ve become disenchanted with the school system, the unwarranted changes in leadership, and the occasional letter in the file for not having dressed up a bulletin board. A principal here is expected to have reasonable and equitable judgment in these cases, help advance those teachers in their profession, and be the proverbial kick-in-the-pants when they’re not meeting expectations.

We’re professionals. We should be able to handle it.

That’s not what’s out there, though. As the distorted voiceboxes of the current educational system have it, teachers are nothing less than union-hugging, unpatriotic, apathetic curmudgeons, even when the regular American would disagree vehemently. At least with the apathetic part. (Ed: Jokes, folks.) Thus, because of this view, people expect principals to instantly fire “bad teachers” and turn test scores around by any means necessary, even to the detriment to the school culture. In the short term, a wack-a-teacher strategy may work, but in the long term, I can’t imagine this schema to be equitable, sustainable, or vital to the school community.

I ask that principals have cojones to stand up and say “This is what’s best for the students in this community, my students. This is what’s best for my teachers.” Not to simply go with the trend, but form their own opinion based on real research and experience. Not sway too much from the original vision, but have the clarity to include key voices from the community. Not to cowtow to the higher-ups when things look most dire, but to reflect and judge based on conscience and care. Not to let ego and derision run their living fluids dry, but lead by voice and example.

No teacher’s asking for anything they can’t demand of themselves for their students. Perfection isn’t the goal. In extremes, the flaws become that much more obvious. Thus, those of us who take our jobs seriously in education ask for guidance, for clarity, for focus, all attainable and available.

More importantly, we ask for cojones. The courage to lead, even when there’s no more cream cheese.

Guest post by Jose Vilson, who’s a writer, teacher, and web designer at TheJoseVilson.com. He’s currently part of a team of writers whose book, Teaching 2030: What We Must Do For Our Students and Our Public Schools – Now and in the Future, is slated for January 2011 release.

My colleague, Dr. John Nash, sent me two messages recently that I think are worth some attention. Like John, I agree that university educational leadership programs need to wake up […]