I finally remembered to bring my GSA notes with me to the office, so I can finally post a wrap up of what I saw/heard at the big 2009 meeting in Portland. I’ll have a specific post on Kasatochi – too much to say here. However, a great time was had by all! 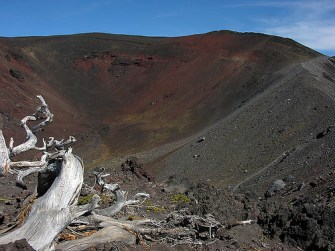 The crater of Collier Cone in Oregon. The scoria cone likely experienced years of explosive strombolian eruptions when it formed.

“Salvator Mundi” sold for a record-breaking $450 million in 2017, but is it really as valuable as people were led to believe?

The U.S. military once used Google’s tech without their employees knowing. Anna Butrico explains the complicated history behind “Project Maven.”
▸
with
Anna Butrico
Starts With A Bang

Exhausted from a great GSA, its time for Mystery Volcano Photo #10.