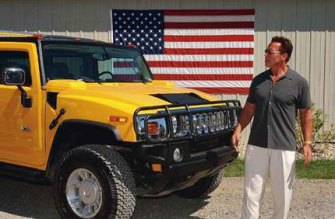 Over at Nanopublic, Dietram Scheufele reminds me of something I overlooked last week when I spotlighted Gov. Arnold Schwarzenegger’s framing of environmental issues as a public health matter. According to the Humvee Governor, not only is California’s leadership on global warming similar to the state’s trendsetting on bodybuilding back in the 1970s, but being a leader on the environment is also important for the US in terms of public diplomacy. Here are the full quotes from the Washington Post article as only Schwarzenegger can phrase it:

“You go back to bodybuilding,” he added, musing about his roots. “We promoted bodybuilding here, but it went all over the world, and now in every town, no matter where you go in the Middle East or Africa or China, everybody is working out, lifting weights, in the garage, at home or in the bedroom, pulling out equipment from under the bed.”

California’s two senators, Democrats Barbara Boxer and Dianne Feinstein, have told officials in Sacramento that they intend to model federal legislation on California’s greenhouse gas legislation. Schwarzenegger said he is ready to go to Washington to testify on the issue.

Schwarzenegger also contended that bold American action on global warming — a makeover that parallels his own — could do much to improve the nation’s international image.

“The war has dragged us down. There’s no reason to get political, that’s just the way it is,” he said. “But you can balance it by being a great leader in the environment.”

“The more America shows leadership in that area,” he said, “the more we will be loved for that as much as they love us for our hamburgers and for our jeans and for our movies and for our music.”