In 1889, three-hundred Parisian workers completed assembling 18,000 pieces of iron that comprise the Eiffel Tower.  The structure, intended to only stand 20 years, was initially received with great criticism, many claiming it a gargantuan eyesore. Today, the Eiffel Tower stands as a great monument to architectural design.

And while many imagine the tower in panoramic view, framed by the city of Paris, overlooked is the artistry of its iron lattice structure.

Those were my thoughts as I approached the tower this weekend, visiting Paris to present as part of an international conference on climate change and the media, which I will be blogging about over the next week.

In the meantime, I’d like to share several photos I took of the iron lattice structure, from the ground looking up the center of the tower.

What do readers think? Inspired by these photos? Do you think the lattice work itself is often under appreciated or overlooked? 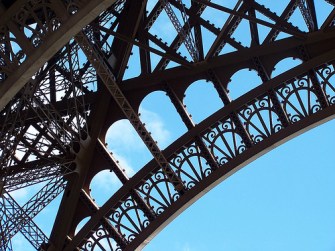 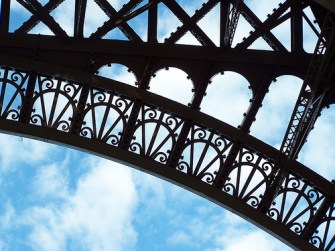 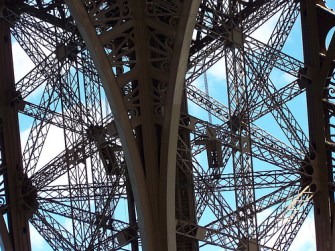 The open access Journal of Science Communicationhas published several outstanding commentaries authored by a diversity of European, UK, and U.S. scholars assessing growth and trends in the academic discipline of […]