We’ve been covering bike-sharing programs quitea bit over the past few months. And now Mexico City is stepping in with what could easily be the most impactful bike-sharing program of all, making a dramatic difference in the chronic congestion problem of the world’s third most populated metropolis.

EcoBici, Mexico City’s bike-sharing program, is part of local government’s Plan Verde (“Green Plan”), a 15-year initiative to enhance environmental value, public space, habitability, water supply, air quality, mobility, and other sustainability-driven factors that contribute to the city’s livability. The long-term goal of the bike-sharing program is to convert 5% of city journeys to cycling – an ambitious goal with enormous potential impact in a city where more than 80% of journeys are currently taken on a highly overloaded public transit system with major traffic congestion. 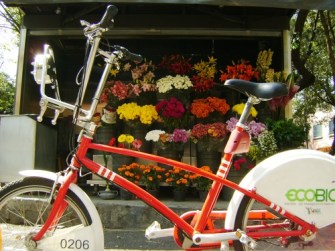 Currenly, EcoBici has 86 docking modules spaced less than a thousand feet from one another, housing a total of 1,114 bicycles. The low annual membership cost – just $25 a year – has made the scheme a success, offering the city’s most affordable mode of transportation. To promote the program, Mexico City closes its main avenue to cars every Sunday, making it a cycling mecca for up to 80,000 cyclists at a time. (A similar effort took place in New York City this year, with the Summer Streets program handing Park Avenue over to cyclists every Sunday for a month.) 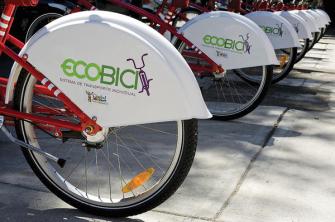 The program’s only downside: Despite the popularity of bike-sharing, Mexico City is still virtually devoid of bike lanes, making safety a key concern working against higher adoption rates – a field example of the necessity for cross-disciplinary collaboration between policymakers, urban planners, designers and civic engineers.

via The Big City

More and more business leaders are starting to lean on learning and development for support in facing essential challenges.
Neuropsych

The road to happiness is indirect and full of frustration.
▸
with
Tal Ben-Shahar
13.8

From succubi to aliens, stories of abductions or other unsettling encounters have been with us for millennia. What explains them?
Up Next
Guest Thinkers

A Real-Life Version of the Hitler’s Sweater Experiment

Colonel Russell Williams is one of those double-life people—an able military commander who was also a rapist and murderer. The crimes for which he was sentenced last month were shockingly […]