The release last week of a sonar scan showing an anomalous formation on the bottom of the Gulf of Bothnia between Sweden and Finland set off a storm of wild speculation as to what exactly the image means. Most of this speculation centered on the idea that this object (if it is an object or objects and not just a natural formation on the ocean floor) could be a crashed UFO. It really does kind of look like the Millennium Falcon. 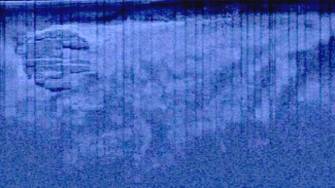 The image was released by Swedish researcher Peter Lindberg and Team Ocean Explorer. They were scanning the seabed hoping to find wrecks they could salvage for vintage and expensive booze, such as rare champagne and brandy, which I’m pretty sure is the best job ever. Lindberg himself did not speculate that the mysterious image could be a flying saucer but he did mention that the structure could be a “new Stonehenge.”

But amid all the guesswork another possibility has gone unmentioned. Could the image be evidence of a sunken settlement – a city lost to rising waters over a thousand years ago? Perhaps even a kingdom?

Conveniently, there is just such a lost kingdom – and its legendary location is not far from where the Ocean Explorer team took their scan of the odd ‘structure.’

As lost places go, Kvenland is pretty low on the totem pole. Most people have never heard of it. In a sense, it is even more lost than the lost continent of Atlantis. People write books and make television shows about Atlantis. Good luck getting a t-shirt with Kvenland on it.

The origins of the Kvenland legend are murky. The first recorded mention that we know of came around 890 CE when the Norwegian traveler Ohthere visited England and his stories were recorded on order of King Alfred of Wessex. Ohthere was a Viking adventurer (second best job ever) from the far north (“north-most of all the Northmen”) and King Alfred added his account to a contemporary history and it was passed down to us. That’s why they call him Alfred the Great and not Alfred the Meh. He was a learned and intelligent man. He also had Vikings constantly invading his kingdom so knowledge of their culture and lands was probably a bonus.

Ohthere’s account of Kvenland is not exact but he fairly clearly places it somewhere along the Gulf of Bothnia – right where the Swedes took their scan. Ohthere’s account is considered contemporary, i.e., that Kvenland existed when he made his statement, but he makes no indication that he has actually been there and a map of his travels as interpreted from his statements shows no visit to the Gulf. Kvenland may have been already lost when he told Alfred about it.

A few Norse sagas also mention Kvenland but they were written hundreds of years later and may be complete mythology. Ergil’s Saga, written around 1220 to 1240 CE, even mentions a King, Faravid, but this is the only mention that comes down to us and the events recorded in the saga supposedly took place in the 9th century. Faravid may not have really existed.

And Kvenland might not have either. But I think I know where to start looking. 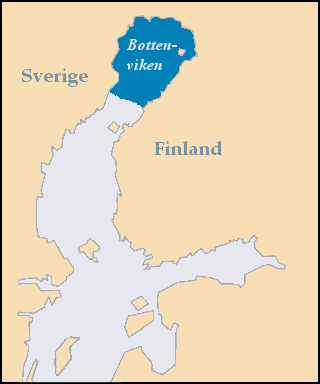 How old school is “old school?”

The genes responsible for facial features may also influence behavior.
Up Next
Surprising Science

Where biofuels like corn-based ethanol have failed, fuels made from garbage will succeed, says a former federal engineer. But can making usable fuel from waste really be achieved?