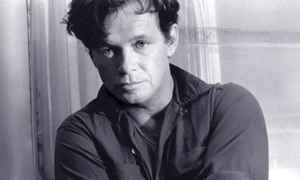 You know you have reached a new ethical low in advertising when 9/11 is now fair game for selling commercial products, much less pickup trucks.

But for those who haven’t caught the ad, Chevy is running a commercial throughout primetime that fronts John “Cougar” Mellencamp singing “This is Our Country,” and a montage featuring flag waving, images of the heartland, first responders, and a picture of the “trade towers of light.”

The full minute version of the ad starts with scenes from the civil rights era and Vietnam war (archived here at You Tube), but the 30 second version of the commercial actually running on TV only features the recent historical images that prime thoughts of the terror attacks.

What’s interesting is that these truck ads are running just before a major election where the GOP game plan is to make September 11, patriotism, and the war on terror the dominant consideration for voters, rather than the troubles in Iraq, and the Foley/Abramoff scandals. And if anything, this Chevy ad is a truck load of free advertising furthering that strategic goal.

But if you’ve watched the Chevy ad, you have to take time out to also watch this parody of the commercial also posted on You Tube. Trust me, it’s worth it.