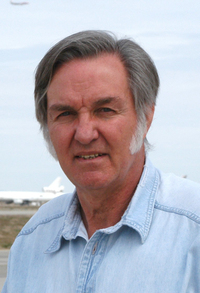 Yesterday on the front page of the Wall Street Journal (“In Race to Take Tourists Into Orbit, Partners Split, Soar”), Andy Pasztor described the innovation grudge match between two space flight pioneers – Burt Rutan and Jim Benson. After uniting a few years ago to develop SpaceShipOne and win the first-ever Ansari X-Prize, the two men are now “fierce competitors” who are working on two separate commercial space ventures. Apparently, the rivalry is so intense and deep-seated that they don’t even mention each other by name; for example, Benson dismissively refers to Rutan as “the guy working with Branson.”

Without going into too much detail about who said what and who developed what on SpaceShipOne, former readers of the Business Innovation Insider will recognize that I’ve always been a huge fan of Burt Rutan. Of all the innovators that I met at the Fortune Innovation Forum in 2005, my favorite innovator was Burt Rutan. In fact, I was even toying with the idea of launching a “space innovation” blog after I met him, so convinced did I become that the future of humankind was in commercial space flight. At the Fortune Innovation Forum in 2005, I was originally told that I would not be able to meet with him – his handlers said that he was too busy, and that he was being whisked off to Australia to meet some VIP. However, Burt (wearing a cool leather aviator jacket, when nearly everyone else was wearing a pinstripe suit) told them that meeting with someone with a genuine interest in space flight (i.e. me) was more important. So, the handlers gave him 10 minutes. After 10 minutes, there was a knock on the door, but Rutan dismissed them. Then, another 10 minutes later, came another insistent knock. Still, he wasn’t ready to go. Finally, the folks at Fortune had to cut short the conversation, but I walked away with a tremendous regard for Burt Rutan and his innovative vision for humankind.

“Mr. Rutan views himself as a 21st-century match for the feisty-spirited Wright Brothers. Known for his signature leather aviator jacket and mutton-chop sideburns, he has long dismissed government aviation and space officials as unimaginative – saying they are more interested in pushing paper than exploring new frontiers. He frequently calls NASA the department of “naysay.”

Without a doubt, Burt Rutan is one of a kind and a true innovator.

This pup puts us one step closer to resurrecting extinct species.
Up Next
Guest Thinkers