Here’s a graphic from the new Center on Education and the Workforce report, What’s It Worth? The Economic Value of College Majors, that shows median earnings by undergraduate major. 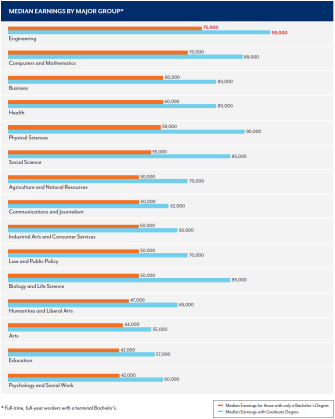 As you can see, education is the second most popular undergraduate major.

And then they graduate.

And we give them crappy working conditions.

And we put them at the bottom when it comes to future earning potential.

And we vilify them politically and in the media.

And we blame them for all of society’s ills.

Running to catch the bus might help you live longer.
Up Next
Guest Thinkers

As Chicago Adapts to Climate Change, the Need to Focus on Communication as a Structural Problem

Yesterday, the New York Timeslaunched the first in a series of stories focusing on the challenges of adapting to climate change.  The feature profiled the city of Chicago which joined by New […]