You’re about to hand laptops over to their 12– and 13–year-old children. What do you tell your school’s parents? Here are some excerpts from what Rob McCrae, ICT Director for the Diocesan School for Girls in Auckland, New Zealand, told his…

And a key reason that education developed this model was that the predominant mode of teaching, and hence learning, relied on the predominant technology of the day: paper. . . . 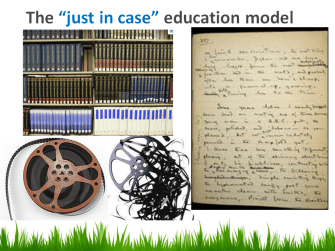 The system kind of worked for a couple of reasons: 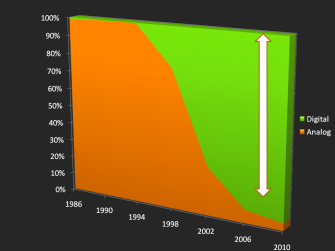 If you were charged with designing a new model for education – and you came to the conclusion that you could ignore 95% of available information and operate without the “tool of the time” – would your system be given the go ahead?

By the way – this is also the reason why everyone – not just students – should be online and connected. To not be is shutting off 95% of what’s happening.

But we need do more than just equip ourselves – our model needs to change from “just in case” to “just in time.”

You see, with such dramatic changes in information, we can no longer rely on outmoded means of working. We’ve seen what happens to organisations that don’t adapt to the digital world – CD stores and book store chains are recent examples in New Zealand.

The same for education. No longer does it make sense to focus on content just in case it might be useful. . . .

And expect to see traditionally-held beliefs challenged. Here is a model of the human brain showing the areas that are being engaged as the same person (an experienced Web surfer) reads a book and, at a separate time, is browsing the Web. 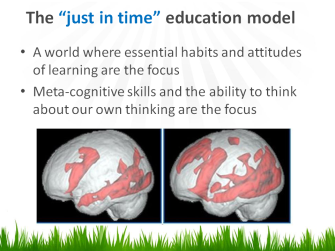 Let’s debunk a myth or two: Writing will be affected. Well, looks like that may be correct.

Point England School has had its kids blogging for a couple of years. One of the outcomes is that its students’ achievement in writing and reading have increased dramatically over this time. They don’t write earth shattering stuff all of the time – take Silas’ story, for example. But someone made a comment that wasn’t from his class … or school … or country. How cool is that for a young writer? 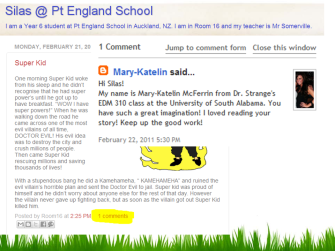 In early 2009 we ran a trial program with Year 9 students. It ran for four weeks and they studied the Horizon Report, a report focussing on emerging technologies in education. Their project finished in April 2009. We now find that the web site they created is accessed by around 50 to 60 people per day from the U.S., Canada, the U.K. Australia, Russia, Ireland… Obviously the work they did has some value for a lot of people in other parts of the world.

My 13–year-old son: “Can I have a guitar?” Great, another fad. What about some lessons? “No thanks. I’ll learn online.” So he goes to YouTube and does just that – for hours. He played lead guitar at his school’s end-of-year function last year.

Me? I don’t read much and certainly don’t write much. And yet my blog is read in 30 countries and – because of the usefulness of RSS – I now get what I am interested in reading delivered to my phone, iPad, and computer every minute. I read far more than I did because I can…

You may know that New Zealand has a digital strategy. It’s tucked away on the Ministry of Economic Development’s web site. It says this: “New Zealand will be a leader in the use of information and technology to realize its economic, social, environmental and cultural goals, to the benefit of all of its people.”

How many other countries have a digital strategy? And how many of them are putting education at the front end? 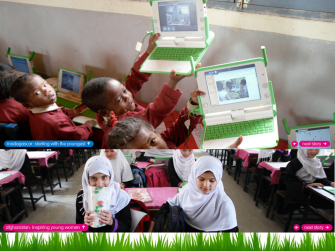 Peru, Afghanistan, Madagascar, Paraguay: just some of the countries involved in the One Laptop Per Child campaign aimed at trying to bring kids in developing countries on some kind of level playing field with kids in other countries.

In New Zealand, for education the government sees up to 100Mb bandwidth in 97% of schools by 2015. Too little, too late?

What we need to do is to build the skills and attitudes with your daughters so that they can take advantage of the huge opportunities that await.

You need to give your daughters the opportunity to succeed in this ever-changing world. At the moment that means a laptop computer now is basically a table stake.”

Nicely done, Rob, nicely done. Those of you with laptop and other learning technology initiatives, how have you framed the conversation with your parents?

Donald Trump Slapped Black America In The Face This Week

The sixty four thousand dollar question this week is, “how long do we have to wait before Donald Trump and the rest of the inhabitants of Pale Nation, that stubborn […]