Last month’s Icelandic volcano eruption may have wreaked havoc on the world of international travel, but the ash cloud did have a silver lining as the prolific flight volcancellations inspired a number of wonderful grassroots initiatives by stranded travelers—from an impromptu TEDxVolcano, scrapped together by TED-minded Skoll World Forum attendees stuck in London, to an open call to stranded designers, illustrators and other creatives to co-create a magazine during their standby time.

Efforts like these are part of the inspiration behind 48 Hour Magazine—an aspirational effort to redefine how magazines are produced and financed.

The project aims to write, photograph, illustrate, design, edit, and ship a magazine in just two days. Behind the innovative venture are a number of established publishing greats, including JPG Magazine founder Derek Powazek, currently an architect at print-on-demand service MagCloud, and Sarah Rich of Worldchanging, formerly senior editor at Dwell. Also on board are writers, editors and designers from some of today’s smartest, most well-written and best-designed publications—Rolling Stone, Wired, Dwell, Gizmodo, GOOD, Lapham’s Quarterly, HiLoBrow, Fray, Paleofuture, The Rumpus and more.

We’ve been inspired by a range of other projects: Strange Light, Pop Up Magazine, Ash Cloud Tales, and The Whole Earth Catalog. But really, it is the existence of the tools themselves that have invaded our dreams.” 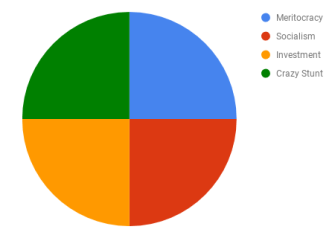 It works like this: Issue Zero begins on May 7, when a theme is revealed and, for the next 24 hours, contributions are crowdsourced from the creative communities of the magazines and blogs involved in the project. Then, the team spends the remaining 24 hours editing, designing and splicing together promises to be a an indulgent intersection of good writing and crisp art direction. Or, at the very least, a brilliantly exciting experiment in an industry shaken to its very core by the digital age.

The end results will be a shiny website and a beautiful glossy paper magazine, delivered right to your old-fashioned mailbox. We promise it will be insane. Better yet, it might even work.”

The team is determined to operate with full transparency, streaming the grueling production process online for all to see and documenting online where every penny goes.

Gizmodo has an excellent interview with the masterminds behind the project—well worth a read.

What makes the project most exciting is that, in its own way, it embodies the principles of open-source design—from its crowdsourced content to its collaborative creation to its back-end transparency—and offers hope for democratizing and revolutionizing the broken model of the print business, a solution born not out of necessity but out of passion for the writing and design process, and a genuine desire to create. These are the true ingredients of the future of print design and the future of publishing at large—not the latest gimmicky monetization scheme, or the shiny new interactive magazine cover, or the newest hapless iPad app.

We have two descriptions of the Universe that work perfectly well: General Relativity and quantum physics. Too bad they don’t work together.
Up Next
Politics & Current Affairs

Why Are We Locking So Many People Up?

Incarceration rates quintupled over the last third of the 20th century, and conventional wisdom is that it must have something to do with a corresponding rise in crime. Robert Perkinson, […]