The Neurological Origins of Religious Belief

It has been known for some time that religious belief and behavior affect the brain. But can we pinpoint specific chemicals, genes and clusters of neurons that give rise to religiosity, or to atheism? 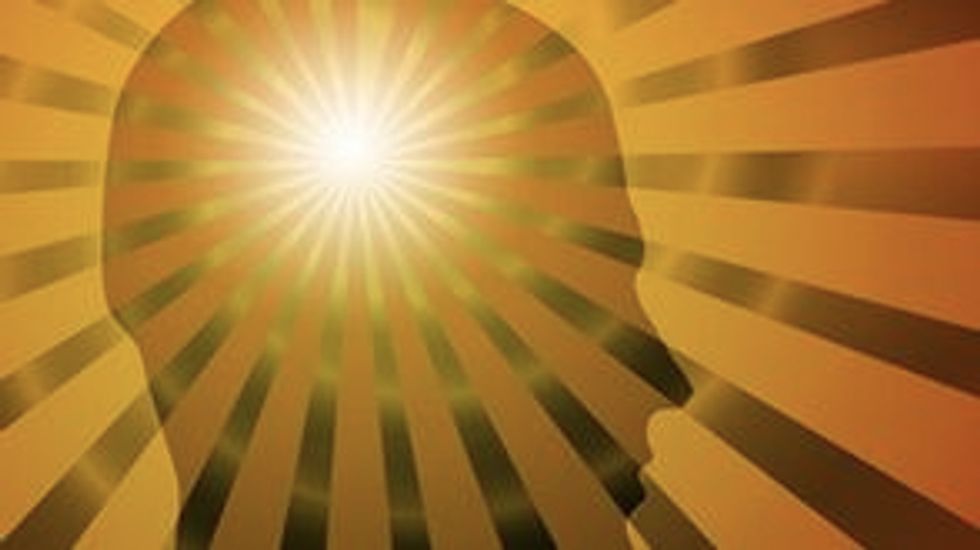 It has been known for some time that religious belief and behavior affect the brain—in the same way all habits, emotions and memories build neural pathways. But can we pinpoint specific chemicals, genes and clusters of neurons that give rise to religiosity, or to atheism?

Rutgers University evolutionary biologist Lionel Tiger thinks we can: “Religion is really made by the brain. It is a secretion of the brain,” says Tiger, who thinks the root of religious belief is an evolutionary drive to seek this "secretion"—namely serotonin—which provides the believer with feelings of well-being.  A neurotransmitter that regulates mood and appetite, serotonin is linked to feelings of well-being when it floods the central nervous system.

“One of the ways of looking at religion is to what extent and how does it generate the serotonergic juices that make us feel good,” says Tiger.  Attending a religious service, for example, can be a flurry of social activity and controlled procedure, which releases a cocktail of serotonin-led neurotransmitters in the brain.  This chemical response “soothes” the organ, he says, echoing the results of recent studies.  Working with neuroscientist Michael McGuire, Tiger has connected this research on serotonin as it works in the brain with the social aspects and origins of religion.

“Religion may be one of the main producers of the brain-soothing phenomenon in a way that is not that expensive or destructive or difficult.  All you have to do is show up Sunday morning,” Tiger says.  Religion, in this sense, becomes a self-created, self-consumed endeavor, he adds.

Tiger’s conclusion is that the neurochemical response of religion serves a biological need for humans, as shown in its absence.  As an example, he points to France, a nominally Catholic country with low mass attendance and rare religious observance that has one of Europe’s highest rates of antidepressant consumption.  “It may be that they’re taking the mass into their skull with a pill, so there is the pharmacological element of brain soothing,” he says.

Yet, religion is not all soothing, and serotonin itself cannot account for bouts of religious ecstasy and visions from—in Christianity alone—Pentecostal glossolalia and the charismatic movement stretching all the way back to Saul’s dramatic conversion on the road to Damascus.

To get to the root of religious zeal, scientists are looking beyond neural chemistry to the architecture of the brain itself. There isn’t one part of the brain dedicated to processing the divine, as the pineal gland was once thought to be the seat of the soul.  Instead, according to recent research, religiosity is dislocated and strung out along a neural network comprised of the frontal, parietal and temporal lobes.

Decreased parietal lobe activity, for example, has been linked to some religious experiences, while the decision-making and social aspects of religion seem to interplay in the frontal lobes.  It is the temporal lobes that have been the focus of significant recent interest for their connection between epilepsy and religious visions and conversion.  Epileptic seizures, and the brain chemistry at work between seizures, leads in some patients to a “gradual personality change which disposes them to mystical and religious thinking,” says neurologist Oliver Sacks in an interview with Big Think.

As well, a study published in February sampled patients’ level of spiritual belief and behavior before and after brain surgery. The surgery allowed the researches to determine if site-specific brain damage alters religiosity. The researchers found that damage to the parietal lobe—saddled on the mid-cerebrum—upset what are otherwise relatively stable levels of spiritual belief and behavior.  These findings, the study notes, hint that the architecture of the brain itself, and changes therein caused by neurological and mental disorders, might be a neurobiological basis for altered spiritual and religious behavior.

The implications of a brain-based origin of religiosity are that the brain's makeup determines ones level of belief, rather than choice or inspiration.  More so, religious fervor might be induced through non-divine means by altering brain chemistry or structure.  To test this, the cognitive neurologist Michael Persinger of Laurentian University, Canada, built a "God helmet" fitted with electromagnetic solenoids intending to induce religious experience.  Famously, in 2003, evolutionary biologist, ardent atheist and Big Think expert Richard Dawkins tested the contraption without experiencing religious conversion.

The implications reach farther.  If religiosity operates in specific parts and chemicals of the brain, then its origins might be written in the blueprints of life, our genes.  To this point, research by geneticist Dean Hamer at the NIH finds God in a single gene–Vesicular Monoamine transporter 2 (VMAT2).  Hamer identifies this as the "God gene," a leading gene among many others written into our genetic code that predisposes people to religiosity.  A genetic origin point of religiosity might stem from an evolutionary drive toward inclusion.  In this way, learning a society's religion, like learning its language, is hard-wired into humans through inherited genes.

Believing in God generates soothing "juices" in the brain that make us feel good, says Tiger.  Scientists have identified the neurotransmitter serotonin, a network of neurons in the frontal, parietal and temporal lobes, and the gene VMAT2 as chemical, structural and genetic origin points that may be responsible for religiosity.

Interest in where the brain and belief overlap has lead to the new field of neurotheology. Some cite new neurological research as confirming a completely organic, earthly origin to religion, independent of divine inspiration.  Others say that while the research starts to explain religious experience and practice, religion itself is more than the sum of its experiences.