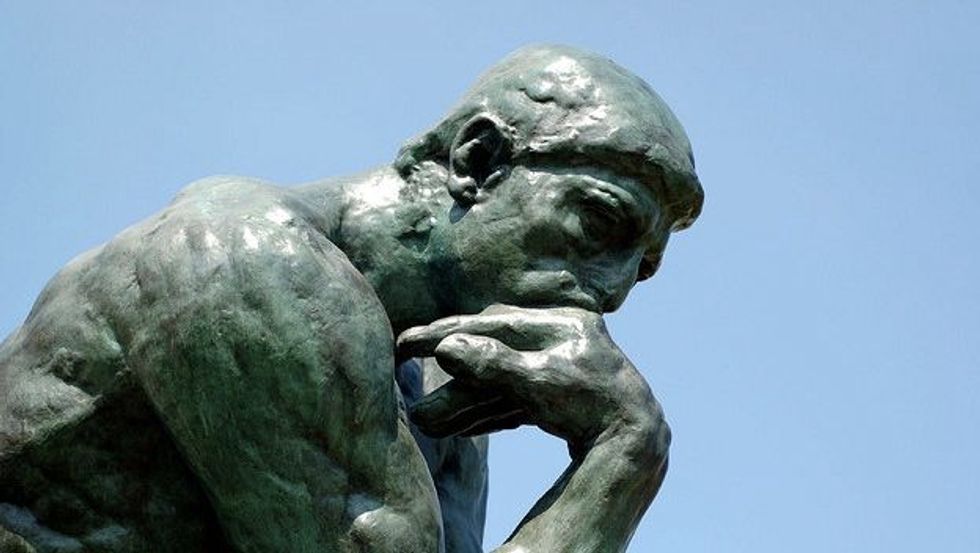 Confidence is a trait typically cast as a higher-order function in the brain. It’s at once the act of making a decision, recognizing the decision as thought, and measuring the degree to which that decision makes sense. An impartial judge it’s not, prophet even less, yet confidence surely requires self-awareness, a metacognition unmatched in the animal kingdom. Right?

Research from Adam Kepecs and his fellow neuroscientists at Cold Spring Harbor Laboratory says otherwise. Their work with rats suggests that confidence estimates—tracking one's confidence while making a decision and anticipating a result—are at work even in rodent brains. Moreover, his studies suggest “confidence estimation may be a fundamental and ubiquitous component of decision-making.”

Kepecs says his research seeks to understand the mechanisms of how confidence works at the level of the neuron.  The goal is to “understand how their connections, how their architecture and how the dynamics that run on that architecture allows us or allows mammals in general to make decisions to compute confidence about decisions.”

His work centers on rats, though its implications stretch out across a broader set of mammals. “From an evolutionary perspective, rats are not that different from us,” he says. “Some of the fundamental brain architecture is really common and that really allows us to tap into a system that is simpler ... that is a great advantage.”

The neurology of decision-making has been the focus of a number of studies on both humans and other animals which have sought to map experiences ranging from mental deliberation to the processing of the resulting reward or regret.

Researchers in one human-based study used functional magnetic resonance imaging (fMRI) to track brain activity in the lead up to a decision by gradually revealing a photograph. Before the participants recognized the image—before the decision was made about what the picture showed—a network of brain activity registered across the brain.  Yet, parts of the brain remained at lower-level activity until the very moment of recognition, at which point activity spiked and the regions lit up on the scans.  The researchers concluded such findings begin to outline a hierarchy of neural pathways at play in decision-making in which the "eureka" moment is tracked in specific parts of the brain.

Such research has also allowed neuroscience to locate specific cells and brain regions critical to decision-making, such as the von Economo neurons and the striatum.  Von Economo neurons, also called spindle neurons, are unique in big-brained mammals, including whales, dolphins and elephants.  In humans, these neurons are thought to facilitate complex thinking and are found in limited areas of the cingulate cortex, the area just above the corpus callosum that connects the left and right brain hemispheres.

As well, research links the striatum, a cluster of neurons in the basal ganglia at the base of the forebrain, with both flexible and stimulus-response decision-making.  Researchers can even pinpoint which parts of the striatum are at work in each type of decision, with the interior, side part of the striatum favoring stimulus-response strategies and the front and interior-middle favoring goal-directed strategies.  Even with this pinpoint research that identifies specific regions as important to decision-making, the process itself plays out across the brain.  This includes regions of the brain that evolved earlier and, in some form, are mirrored in the brain evolution of other mammals.

Similar neural architecture among mammals led Kepecs and his team to focus on rats.  While rodent decision-making is of course not anywhere near as complex as that of humans, decision-making and access to the reward-based expectations created by confidence is, to some degree, innate to these animals, says Kepecs.

Kepecs and his team test for confidence estimations by training the rodents to perform a simple task involving the choice between options.  With a correct option, and one that is correct all the time, confidence comes easily. The real test comes when the difficulty is ramped up, when the same actions don’t produce the same results, and when a delay is introduced between performing the action and the reward—in other words, when there is plenty of opportunity for confidence to drop as it comes in friction with results.

Performing tests hundreds and hundreds of times a day with varied difficulty, Kepecs says, allows researchers “to calibrate [the rats’] confidence in these simple decisions and it also allow us from a neurobiological perspective to actually look into their brain and what happens in their brains when they’re doing this task.”

“In some ways we feel that rodents have all the components that make them function, that make them able to decide, and it’s going to be easier for us to understand,” he says.

Neuroscience research is revealing how the chemistry and architecture of the brain make decisions for us, and how the brain's reaction to decision-making is based on confidence. Researchers has shown that a networked, hierarchical process is strung out across the brain to achieve these functions, even while specific neuron clusters are more active than others in helping us make decisions.

While human-focused research uses leading-edge brain scans, some scientists are studying the neurology of decision-making in rodents because their brains are evolutionarily similar to those of humans.

—Johnson, A., et al. "Integrating hippocampus and striatum in decision-making."