Feel good about your submission by donating to the Playing for Change Foundation.

People love giveaways—especially when the prize is one of the hottest cars on the market. The 2020 Tesla Model 3 is the company's consumer-friendly model that boasts many of the same features as other models at an affordable price.

Of course, free is the best price of all.

Playing for Change was co-founded in 2002 by music engineer Mark Johnson and film producer Whitney Kroenke to help children in disadvantaged regions through music performance and education.

The Playing for Change Foundation was founded in 2007 as a means for supporting disadvantaged children and communities around the world. Over 2,000 kids in 10 countries have benefited from this charitable program. So you know your money is going to a good cause.

You can purchase 100 entries to win a 2020 Tesla Model 3 by donating just $10 to Playing For Change today. Want even more entries? The more money you donate, the more entries you'll receive. 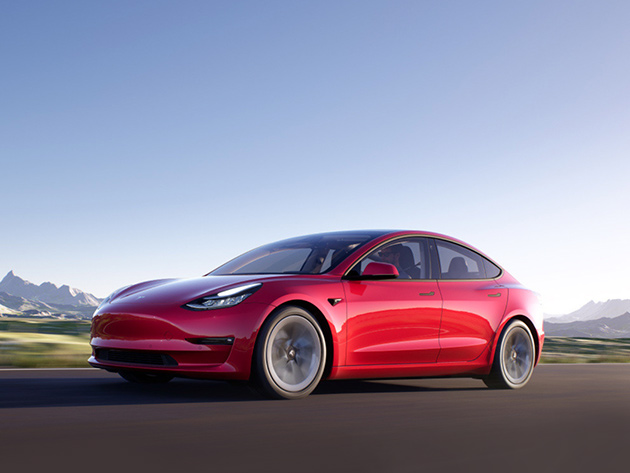 100 Entries to Win a 2021 Tesla Model 3 & Donate to Charity - $10See Deal
You must be at least 18 years old to win. Winners must not be residents of Belgium, Cuba, Iran, Iraq, Italy, North Korea, Singapore, Sudan, Syria, or Thailand.
When you buy something through a link in this article or from our shop, Big Think earns a small commission. Thank you for supporting our team's work.
More From Big Think
Videos

Are geniuses real? The neuroscience and myths of visionaries

Got a question for Michelle Thaller? Ask it here!

How to think smarter about failure

Invest in the future of arthritis medicine with Cytonics.

Big Think Partnerships
Gear
It can often be difficult for investors to predict the next industry that will boom within the next decade.
Keep reading Show less
healthcare human body disease economics investment health

Up your game with Playstation Plus and this complete gamer bundle

Lose yourself in entertainment with this epic collection of games and restriction-free encrypted browsing.