5 perfect gifts for fans of Nikola Tesla and his inventions

These products are sure to inspire anyone who loves the work of engineer and inventor, Nikola Tesla.

A list of the greatest minds of all time would not be complete without a nod to "the man who invented the 20th century," Nikola Tesla. Born in modern-day Croatia in 1856, Tesla was a scientist and engineer remembered for his many brilliant ideas, designs, and inventions, including the first alternating-current electric system, radio remote control, and the Tesla Coil.

Tesla has received a major boost in popularity in recent years, thanks in no small part to the electric vehicle company that bears his name. Formerly Tesla Motors (now Tesla, Inc.), the company is led by Elon Musk, an entrepreneur and engineer who considers himself a fan of both Nikola Tesla and Thomas Edison. But Musk isn't alone. Several decades after his death, Tesla's legacy lives on through his devoted fans and fellow thinkers who respect all that he accomplished in the name of science. If you have a Nikola Tesla fan in your life, here are 5 gifts that are sure to inspire them to uphold his legacy and invent objects and tools that will change the world.

Science-themed socks are the ultimate way to let your geek flag fly. 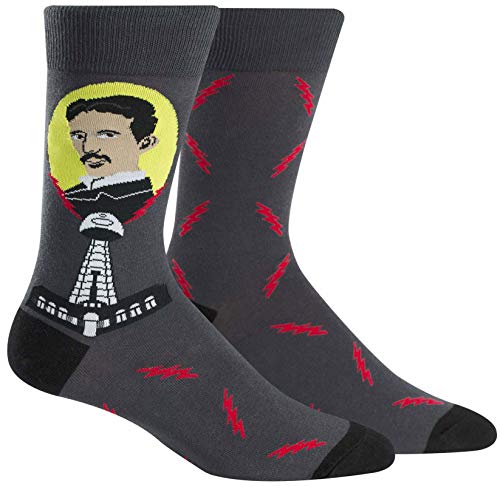 Wearing a shirt with Tesla's face on it says that you think he's cool, but wearing Tesla-themed socks puts you on another level. Generating static on the carpet and shocking family members is much more fun with these on.

Easier than building the real thing, this Tesla Coil model has lots of cool functions. 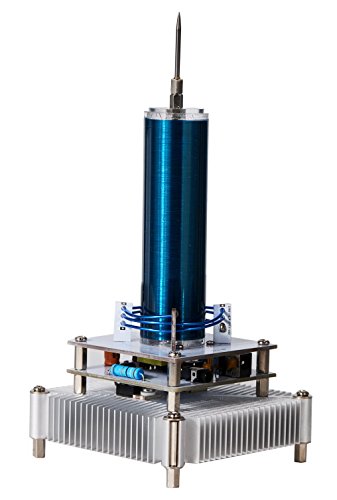 Illuminate nearby bulbs, play music, and enjoy the spinning light show with this Tesla Coil model. The product comes pre-assembled and is as easy as plugging in a cable and hitting a switch. Science teachers and other reviewers on Amazon say that while the speaker isn't made for parties, the model provides hours of fun and is a great way to visualize Tesla's experiments.

No work bench or desk is complete without a bust of the great scientist. 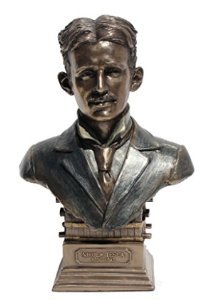 Standing 7.5 inches tall and weighing 2 pounds, this highly detailed cold cast bronze bust of Nikola Tesla brings its owner face to face with their inspiration. According to reviewers, the base is covered with felt so it doesn't slide or scratch the surface beneath. The production process involves adding a bronze powder to resin and pouring it into a mold. The final casting is lighter (and cheaper) than solid metal, but the detail still shines through. It's like having your mentor there as you study and create.

Tesla fans can keep a tiny Nikola close by with this custom LEGO minifigure. 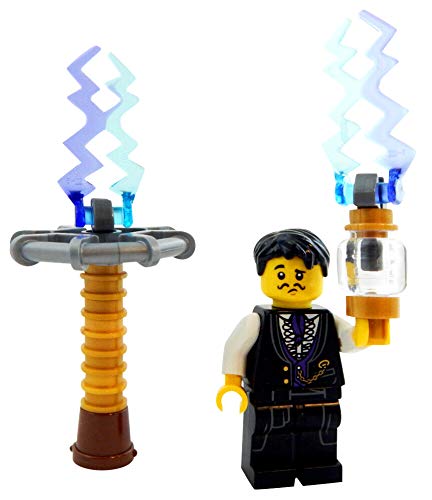 Made by a company called ThemToys, this custom LEGO figure depicts the inventor in experimenting with electricity in his lab. The set includes the Tesla figure, an electricity holder, and an electricity tower. The scene can be displayed on a desk, mantle, bookcase, or anywhere the innovative spirit of Nikola Tesla is needed.

Learn more about Tesla's work in his own words. 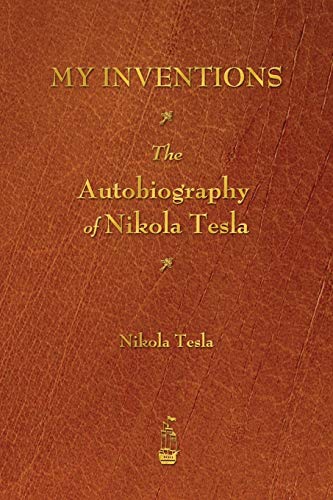 There have been many books written about the life and works of Nikola Tesla, but this is the closest we will get to hearing it directly from the source. Originally published in 1919, this autobiography was compiled and edited by Ben Johnston. The primary sources were articles that Tesla wrote for a magazine called "The Electrical Experimenter." The book is divided into six parts, beginning with a chapter on Tesla wrote on his early life, and concluding with a discussion of "The Art of Telautomatics." Even if some of the details go over their heads, it's a must-have for any Nikola Tesla fan.