Is Depression an Adaptation? 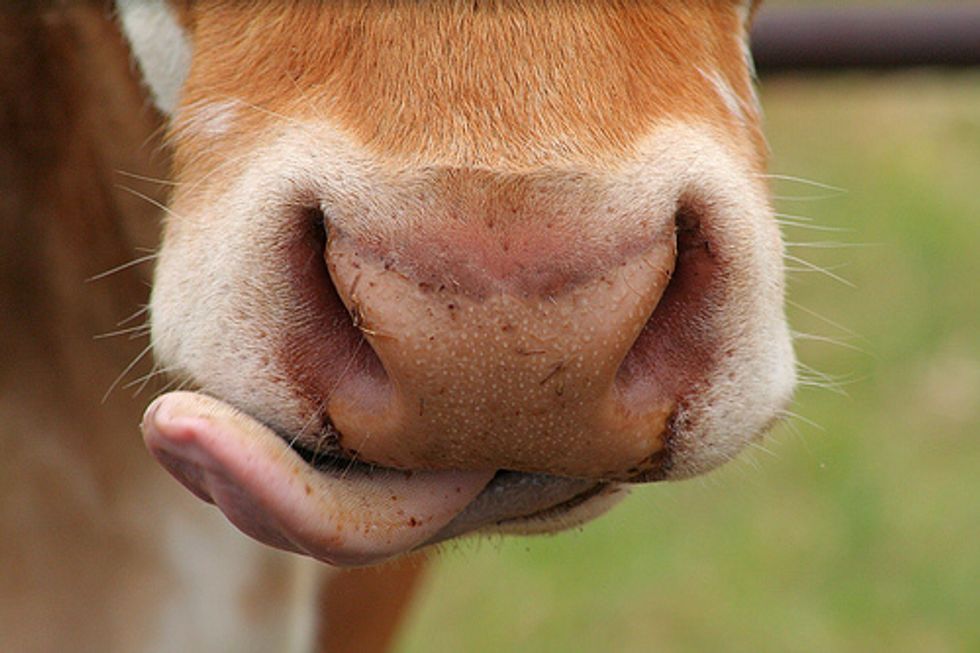 Jonah Lehrer argues in the New York Times Magazine that depression might be good for us. He's popularizing a theory advanced by two Virginia researchers who claim that depression is an adaptive mechanism that compels us to withdraw from the world and focus intently on our problems.

The fact that depression is so common strikes him as an evolutionary paradox. About 7 percent of adults will experience some depression in any given year, according to Lehrer's statistics. We know that at least some kinds depression have a heritable component, i.e., that genes help explain why depression strikes some and not others. At first glance, depression seems obviously detrimental to fitness. Every classic symptom seems to hurt a sufferer's chances of passing on her genes: Depression saps productivity and decreases mental accuity. Depressed people lose interest in food, socializing, and even sex. Depressed parents may struggle to care for their children. Hardly a recipe for fitness. So, why did such terrible genes persist?

But Lehrer thinks he sees a silver lining:

The alternative, of course, is that depression has a secret purpose and our medical interventions are making a bad situation even worse. Like a fever that helps the immune system fight off infection — increased body temperature sends white blood cells into overdrive — depression might be an unpleasant yet adaptive response to affliction. Maybe Darwin was right. We suffer — we suffer terribly — but we don’t suffer in vain.

Lehrer is arguing for an evolutionary take on the so-called analytical rumination model of depression. On this view, what we call "depression" is an evolved mechanism for forced, intensive introspection. His two main sources are psychiatrist Andy Thompson and evolutionary psychologist Paul Andrews. In an influential paper published in Psychological Review in 2009, the two argue that depression is a suite of body responses designed to promote rumination, which they see as a form of intensive problem-solving. There is no doubt that rumination is a classic depressive thought pattern. Thompson and Andrews point to new research in neuroscience that is starting to unravel the brain mechanisms that underlie rumination. Psychologists have known for a long time that those who are predisposed to dwell at length on their problems are at higher risk of depression. Now, neuroscience is giving us a better sense of what's going on in their brains when they do so.

Thompson and Andrews summarize the analytical rumination hypothesis as follows:

In summary, we hypothesize that depression is a stress response mechanism (a) that is triggered by analytically difficult problems that influence important fitness-related goals; (b) that coordinates changes in body systems to promote sustained analysis of the triggering problem, otherwise known as depressive rumination; (c) that helps people generate and evaluate potential solutions to the triggering problem; and (d) that makes trade-offs with other goals to promote analysis of the triggering problem, including reduced accuracy on laboratory tasks. Collectively, we refer to this suite of claims as the analytical rumination hypothesis. [Psychological Review, 2009]

The glaring problem with this theory is that rumination is not particularly conducive to insight or problem-solving. Quite the opposite, in fact. The term derives from the Latin word for cud-chewing. One of the most widely used definitions of rumination is: "Repetitively thinking about the causes, consequences, and symptoms of one's negative affect." Another influential definition is: "repetitive thinking about sadness, and the circumstances of one's sadness." So, according to many influential definitions, rumination isn't necessarily even geared towards solving problems. A lot of rumination is just feeling bad about feeling bad.

As a psychiatrist, Thompson noticed that many of his depressed patients were preoccupied by genuinely difficult problems, such as whether to leave a bad marriage or change careers in mid-life. Sometimes ruminations have the form of serious questions, e.g., "Why did my husband leave me?" If someone figures out why her last relationship foundered, she might do better next time. On the other hand, a lot of rumination involves dwelling endlessly on the past or other things beyond the person's control. Many classic ruminative "questions" aren't necessarily questions at all. Consider the depressed person who keeps asking "Why am I such a loser?" That's not not serious introspection in the name of personal growth, it's self-flagellation disguised as reflection. The researchers say that depression is a way to focus on analytically complex problems. But they don't give us any evidence that people with more complicated problems are more likely to get depressed. Nor do they explain why depression persists for such a long time. Even the most complicated career and relationship problems don't usually require weeks or months of single-minded contemplation. A lot of depressing problems are pretty banal. Getting over getting dumped is hard, but you don't necessarily need high-powered analysis to do it. The ruminative theory also ignores the fact that, while some depression is clearly a reaction to a identifiable problem, many cases have no obvious external trigger.

One of the leading experts on rumination, Yale psychology professor Susan Nolen-Hoeksema, explains why rumination is a terrible coping strategy, whether you're depressed or not:

Many ruminators stay in their depressive rut because their negative outlook hurts their problem-solving ability, said Nolen-Hoeksema. According to her research, they often struggle to find good solutions to hypothetical problems. For example, if a friend is avoiding them, they might say, "Well, I guess I'll just avoid them too." In addition, ruminators express low confidence in their solutions and often fail to enact them--for example, failing to join a bereavement support group despite intending to, said Nolen-Hoeksema.

"Even when a person prone to rumination comes up with a potential solution to a significant problem, the rumination itself may induce a level of uncertainty and immobilization that makes it hard for them to move forward," she said. [APA Monitor]

Bouts of rumination would only have survival value if ruminators reliably came up with better solutions than non-ruminators and put them into practice. Yet the evidence suggests that rumination is more associated with paralysis than insight or action.

Thompson and Andrews cite experimental evidence that low mood can be conducive to analytical thinking. That said, rumination isn't usually very analytical in the ordinary sense of the term. An analytical thinker takes a problem apart in an orderly sequence and solves the sub-problems one by one. That's pretty much the opposite of rumination. Ruminators rehash the same negative thoughts over and over again without gaining insight or leading to any kind of conclusion. Successful analysis traces a line from premise to conclusion. Rumination just goes around and around in the same vicious circle.

It's easy to see why a capacity for intensive introspection or analytical problem-solving would have survival value. However, we also know that people think this way all the time without becoming clinically depressed. Highly analytical thinkers are at increased risk of depression. But that suggests that depression is a malfunction rather than an adaptation. The systems that give us useful cognitive abilities can also cause us pain when they go awry. If analytical thinking and sustained attention reliably yield life-saving insights, insightful people will pass on their genes.

Besides which, if contemporary experience is any guide, depression doesn't necessarily impair survival that much. It's usually self-limiting and fatalities are relatively rare. Though, as Echidne of the Snakes points out, we really don't know what the ancestral condition was like. We shouldn't assume, for example, that depression was as common in those days as it is now. Obesity is common today, but it was almost certainly rare for most of human history because we evolved in an environment where food was much less plentiful. Obesity is only a widespread problem today because we've created an environment that's very different than the one we evolved in. If depression was rare in the ancestral condition, and the capacity for introspection was beneficial, then there's no evolutionary mystery to solve.