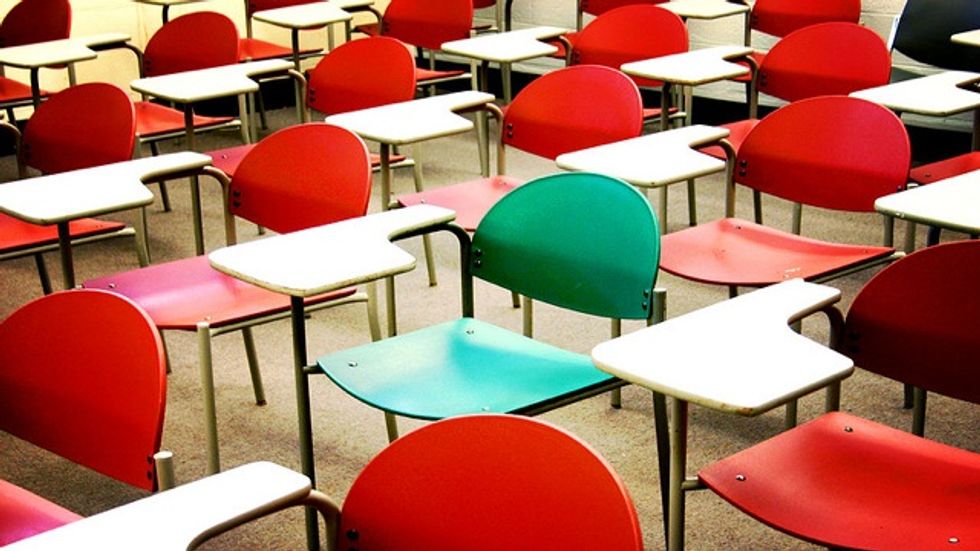 Do today's college students define cheating differently? That's the thesis of this article from the Chronicle of Higher Education, entitled "Cheating and the Generational Divide." The author claims that a recent scandal at the University of Central Florida exposes a "widening chasm in what different generations expect of each other -- and what they perceive cheating to be."

According to the article, at over 200 out of 600 students in a business class obtained an advance copy of the midterm. Somehow the instructor found out and offered to let students off relatively easy if they admitted they saw the test in advance. About 200 fessed up. At least 15 others did not come forward, got caught, and were much more severely punished.

The author goes on to say that there's some debate about whether the students were actually cheating. It doesn't sound like a generational divide about the nature of cheating. It sounds like some key facts are under dispute.

A student bought the test from the publisher's website, according to ABC News.

Obviously, if s/he billed the test as the real midterm, then everyone involved is a cheater.

However, many students said they didn't realize that they were looking at the real midterm. They said they thought it was just another practice test. Practice tests aren't exactly rare in college. My professors were always handing out copies of old exams and practice questions. My college bookstore sold xeroxed booklets of old exams and problems alongside the textbooks. Publishers figured out that they could squeeze an extra $30 out of the keeners by selling extra practice problem books separately. It was totally on the up-and-up.

The instructor announced, on tape, that he was going to write the midterm himself. So, that lends some credence to the students' protestations of innocence. Experts quoted in the article say that students should have known something was up because the test came from other students, rather than the instructor. But why should they have been suspicious? The instructor said he was writing his own exam. There's nothing unusual or inappropriate about students passing around study materials.

If the student who bought the test thought they were cheating, why would they pass the test around to all their friends? If the goal was cheating, sharing would defeat the purpose.

After the story made national headlines, ABC interviewed a UCF student about his reaction to the scandal. There's no indication that he was a student in the class:

“This is college, everyone cheats. Everyone cheats in life in general,” Ravvin told ABC News. “I just think you’d be hard pressed to find anyone in this testing lab who hasn’t cheated on an exam. They’re making a witch hunt out of absolutely nothing, as if they want to teach us some sort of moral lesson.”

Konstantin Ravvin gives every indication of being a total jerk, but the younger generation doesn't have a monopoly in selfish and irresponsible behavior. (Cf. subprime mortgage crisis.)

I don't want to blame the instructor for changing his mind and using the canned test, but it seems as if he's blaming his students for the unfortunate consequences of his decision. I'm he's extremely busy, like most university instructors. Sometimes real life gets in the way our high-minded aspirations and we order pizza instead of making dinner from scratch, or use the canned exam from the textbook. It's not a big deal. Those tests aren't secure, which is why instructors shouldn't rely on them. But when the exam turned out to be compromised, he blamed his students instead of just chalking it up to experience and giving a new midterm. That seems unreasonable on his part.