A Feminist Lawyer on the Case Against Wikileaks' Julian Assange 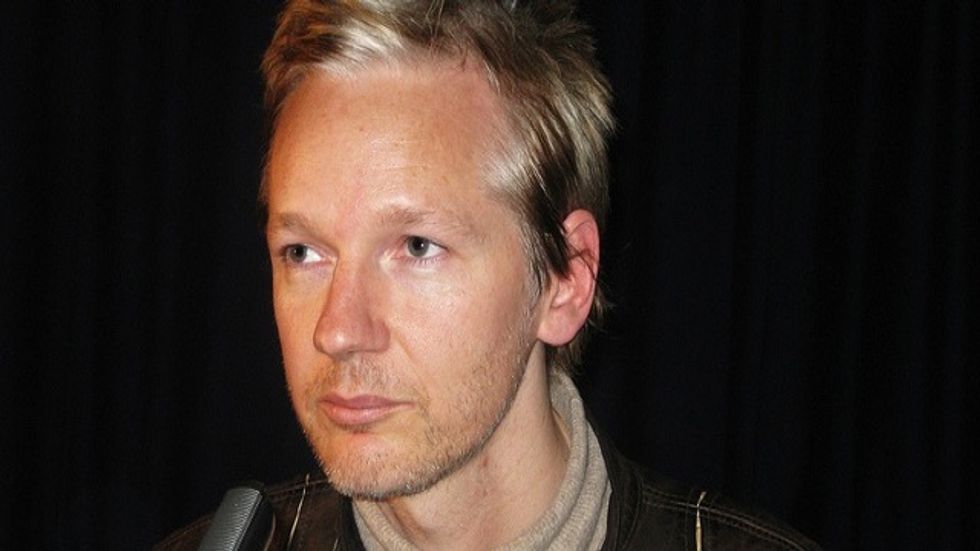 Feminist attorney Jill Filipovic takes a closer look at the sex crime allegations against Julian Assange of wikileaks. I think the post strikes exactly the right balance between being skeptical about the merits and motives of the case against Assange and acknowledging that he's accused of some relatively serious sexual misconduct. In other words, the case against Assange may be baseless, but that doesn't mean the very allegations against him are trivial or nonsensical.

It's obvious that the legal response to these charges has been blown way out of proportion for political reasons. Assange is the target of an international manhunt. Jill notes that one of the crimes he's accused of carries the equivalent of a $700 fine. Yet, Assange has somehow rocketed to a spot on Interpol's most wanted list, no doubt displacing mass-raping war criminals, sex traffickers, and other global predators.

So, what exactly is Assange accused of doing? Sweden prohibits prosecutors from releasing any details about sexual assault allegations, so it's impossible to know for sure. Jill's best guess, based on admittedly murky media reports, is that Assange is accused of violating two (otherwise consenting) sex partners by flouting their wishes with regard to condoms.

Again, these are guesses, but plausible guesses in my opinion: One accuser says she agreed to sex on the condition that Assange wear a condom, only to discover that he'd penetrated her without one. The other accuser maintains that Assange refused to stop having sex after a condom broke.

If consent is predicated on condom use and one partner surreptitiously avoids using a condom, morally, that's a form of sexual assault. Jill notes in her piece that it would be difficult to make that legal case in many U.S. states because the relevant laws require force or threat or force in addition to non-consent. However, the second allegation, if proven, would easily constitute rape in many U.S. states. If one person withdraws consent during sex by telling their partner to stop, and their partner doesn't stop, that's rape (non-consent + force).

Assange has been accused of rape in the English-language media, but it sounds like he's actually been charged with some considerably lesser offenses under Swedish law.

Legitimate questions have been raised about possible ulterior motives of one of Assange's accusers.

On the kookier end of the spectrum... This widely-cited Counterpunch article can't seem to decide if Assange is the victim of radical feminism, U.S. intelligence, female sexual jealously, or what, but the authors are sure he's some kinda of victim! Interestingly, the authors reserve their greatest outrage, or at least their underline command, for an allegedly draconian Swedish legal system that allows a man to be charged with rape on the say-so of a mere woman:

And the Swedes? Perhaps now they will recognize that they went too far. “When the reporter from the Washington Post realized that I was not joking, (said a Swedish legal figure this week), that it does not need more than one woman's word for the police to arrest a man and charge him with rape, he said: “But my God, are you completely crazy? It's worse than Iraq of Saddam Hussein ... [LB: Emphasis original.]

Sweden is not some outlier Nordic feminist legal paradise in this regard. It is difficult to get authorities to act on uncorroborated allegations of rape here in the U.S., but in principle they have the option. As well they should. Anything less would be an across-the-board free pass for rapists who don't leave marks.

It is curious that charges against Assange were brought, dropped almost immediately, and later reinstated. The fact that authorities were so quick to charge Assange based on uncorroborated testimony should raise questions about whether prosecutors are treating him differently from your run-of-the-mill alleged sex criminal. However, it's pure rape culture apology to argue that so-called "he said/she said" cases should be automatically dismissed in favor of the alleged rapist.

We can agree that the legal response to what Assange allegedly did reeks of politically-motivated prosecution without passing judgment on the merits of the allegations against him.