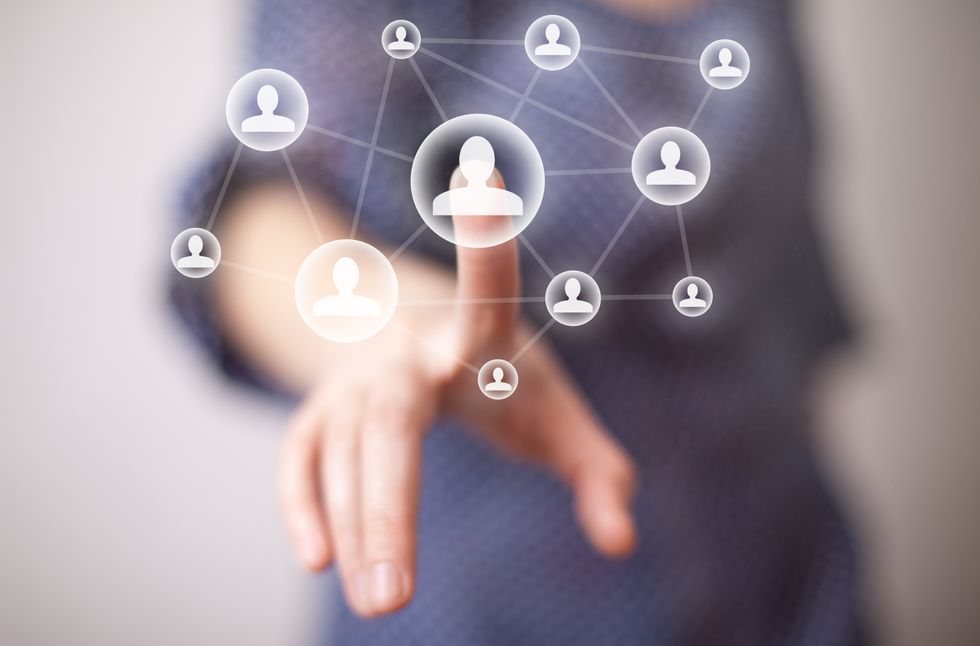 With the multitude of social media sites, it’s hard for businesses to determine where they should be allocating their time and resources. And since many are reporting that they’re not getting the return they expected from their social media efforts, it’s important to know the psychology of social media and the various types of networking that fall under the social media umbrella. When you understand this, you can make smarter social media decisions for your business.

One of the reasons why Facebook is so large is their focus on social networking—and in their case personal networking. The ability to find old friends and make new ones, as well as share your life experiences with them, has proven to be a winning combination worldwide.

There’s a big difference between personal networking and professional networking. Let’s look at five of the main psychological differences so you can understand the nuances of each and how they may or may not help you reach the social media goals you have for your company or organization.

How a visitor spends their time on a social media site is also an important distinction. Since personal networking evokes a casual mindset in the user, people can get sucked in and lose track of time. Often, the social media outlet becomes a distraction or a place to kill time. On the other hand, professional networking is more like investing time. People go there with a purpose to improve themselves, their company, or their future. In fact, depending on the types of connections they make while on the professional networking site, they may even find resources that help them save time.

What people post on the various social media outlets is a big differentiator as well. The type of content on a personal networking site is usually about friends, family, or hobby activities, such as sailing, dogs, cars, etc. In contrast, most of the posts on professional networking sites are about careers, brand updates, business insights, and economic news.

From an emotional standpoint, personal networking sites encourage users to express their emotions freely and also to share in the moment. For example, your friend may post a photo of their new baby or their dog running at the beach or a wedding. In that moment you can reply and express an emotion back to them. So personal networking tends to be focused on things that are fun, entertaining, humorous, and sometimes sad. In professional networking, there are definitely emotions involved, but they aren’t expressed freely and instead they are purposeful. Even if they are personal in nature, they have an aspiration component to them. People even carefully craft their status updates and replies before posting them because they are focused on brand building and professional development. People’s emotions are a little more reserved because they’re trying to establish and maintain their identity for the purpose of achieving their professional goals.

What the Differences Mean for Business

Since each social media outlet has a distinct purpose, it’s important for all businesses to evaluate why they are on a particular social media site, what their goals are for it, who they are targeting for their messages, and how they can best use the medium to advance their company. Then, they have to decide which type of networking—personal or professional—will help them achieve their objectives so they can focus the majority of their time there. This does not mean to totally abandon one for the other; it’s about knowing what works best in each venue and giving more attention to the one that produces better results.

In other words, for your business, is it better to socialize with customers? Get to know what products or services they like or don’t like? Maintain a professional identity? Build rapport? Elicit emotion? Make contacts? Figure out what gives you the best return on your investment, and then craft your social media campaign around that information. When you know your company’s purpose for engaging in social media, as well as what each outlet has to offer, you can make your social media initiative both productive and profitable.

DANIEL BURRUS is considered one of the World’s Leading Futurists on Global Trends and Innovation, a top LinkedIn Global INfluencer, and is the founder and CEO of Burrus Research, a research and consulting firm that monitors global advancements in technology driven trends to help clients understand how technological, social and business forces are converging to create enormous untapped opportunities. He is the author of six books including The New York Times best seller Flash Foresight. Follow Daniel on Twitter and LinkedIn. www.burrus.com