The Three Values of Science

Richard Feynman was struggling with an existential crisis only a member of the Manhattan Project could truly experience: "Put another way, what is the value of the science I had dedicated myself to--the thing I loved--when I saw what terrible things it could do? It was a question I had to answer." 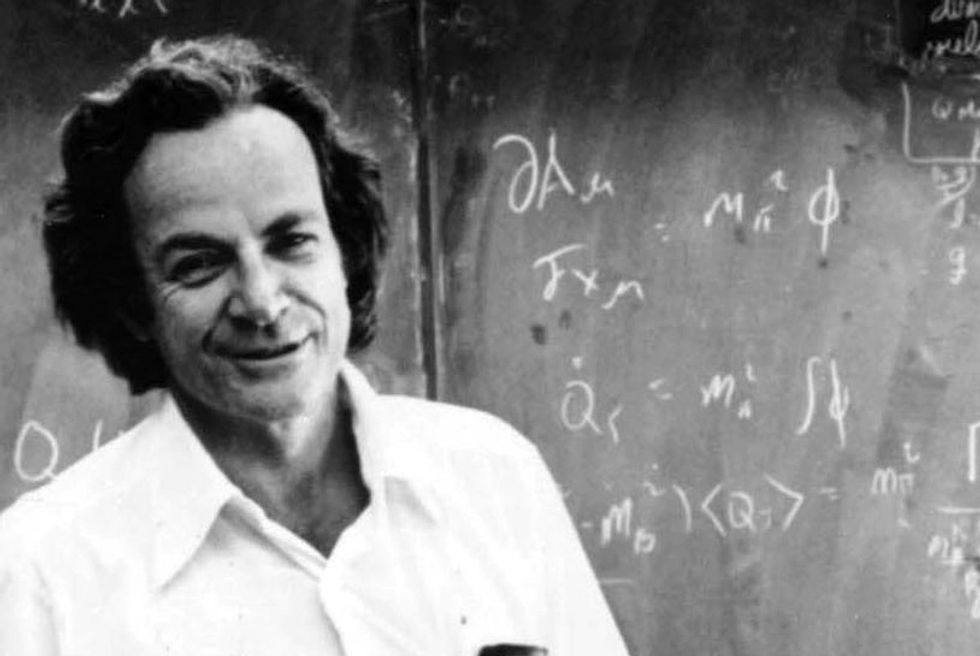 This article originally appeared on RealClearScience. You can read the original here.

Once in Hawaii, I was taken to see a Buddhist temple. In the temple, a man said, "I am going to tell you something that you will never forget." And then he said "To every man is given the key to Heaven. The same key opens the gates of Hell."

And so it is with science.

Richard Feynman, a Nobel Prize winning American theoretical physicist, celebrated thinker, and architect of the atomic bomb, has long been known as one of science's greatest supporters. But it was he who spoke those forthright words in 1963 at a lecture at the University of Washington.

Years earlier, in the wake of watching his powerful, atom-splitting creations wreak unspeakable havoc and end thousands of lives in Hiroshima and Nagasaki, the affable and cheery Feynman grew melancholic, grappling with a painful nuclear reality -- one he was instrumental in establishing -- as well as uncertainty over the shape of things to come.

"I didn't know what the future was going to look like, and I certainly wasn't anywhere near sure that we would last until now," he recalled in 1987. "Therefore one question was: is there some evil involved in science?"

Feynman was struggling with an existential crisis only a member of the Manhattan Project could truly experience.

"Put another way, what is the value of the science I had dedicated myself to--the thing I loved--when I saw what terrible things it could do? It was a question I had to answer."

In 1955, in an extraordinary address delivered to the National Academy of Sciences, Feynman did. From his soul-searching, born out of the choking dust of a mushroom cloud, the physicist expounded upon three simple but vital values tendered by science.

This could neither be more obvious, nor more true. Though once firmly anchored to the ground, man first realized that by displacing a large enough surface area of water, even immense objects could float. And so we set out to sea. Next, we found out that heating air within a large tarp made the apparatus less dense than even the air we breath. And so we took to the skies. Years later, we fired rockets with enough force to overcome the bonds of gravity, and thus break free of our atmosphere. And so we entered space. Science powered it all.

But in that quintessential power to devise and create awesome ideas and inventions comes the power to wield such constructs for evil, Feynman cautioned.

"Scientific knowledge is an enabling power to do either good or bad - but it does not carry instructions on how to use it," he added.

Feynman then shared the second value.

"Another value of science is the fun called intellectual enjoyment which some people get from reading and learning and thinking about it, and which others get from working in it."

Though Feynman recognized that mere enjoyment isn't necessarily valuable to society, he contended that the thrill imparted by science is of a different, more inspirational nature.

"With more knowledge comes a deeper, more wonderful mystery, luring one on to penetrate deeper still. Never concerned that the answer may prove disappointing, with pleasure and confidence we turn over each new stone to find unimagined strangeness leading on to more wonderful questions and mysteries - certainly a grand adventure!"

When a child gets a taste of such an adventure, that is when a scientist is born. Perhaps, like Jack Andraka, they'll develop a simple test for pancreatic cancer? Or maybe, like Taylor Wilson, they'll try to invent the energy source of the future? Such is the exuberant energy that science musters.

"I would now like to turn to a third value that science has," Feynman continued. "The scientist has a lot of experience with ignorance and doubt and uncertainty, and this experience is of very great importance, I think."

Speaking humbly and hopefully, Feynman then shared what he knew.

"Now, we scientists... take it for granted that it is perfectly consistent to be unsure, that it is possible to live and not know. But I don't know whether everyone realizes this is true. Our freedom to doubt was born out of a struggle against authority in the early days of science. It was a very deep and strong struggle: permitting us to question - to doubt - to not be sure. I think that it is important that we do not forget this struggle and thus perhaps lose what we have gained. Herein lies a responsibility to society."

Feynman pressed on, explaining how so many people have, over the centuries, claimed to offer simple and all-encompassing "answers." When, in fact, the key to finding genuine answers to life's difficult questions is first embracing that you don't know all of them.

"If we want to solve a problem that we have never solved before, we must leave the door to the unknown ajar," Feynman said. To do so leads to what he described as an "open channel."

"It is our responsibility as scientists... to proclaim the value of this freedom; to teach how doubt is not to be feared but welcomed and discussed; and to demand this freedom as our duty to all coming generations."

Source: "The Value of Science." Richard Feynman. University of Washington.