The Shortest Science Paper Ever Published Had No Words, and Was Utterly Brilliant

Scientists are widely known for their inclination to drone on about esoteric topics in a language of jargon. But every so often, they can surprise us with conciseness. 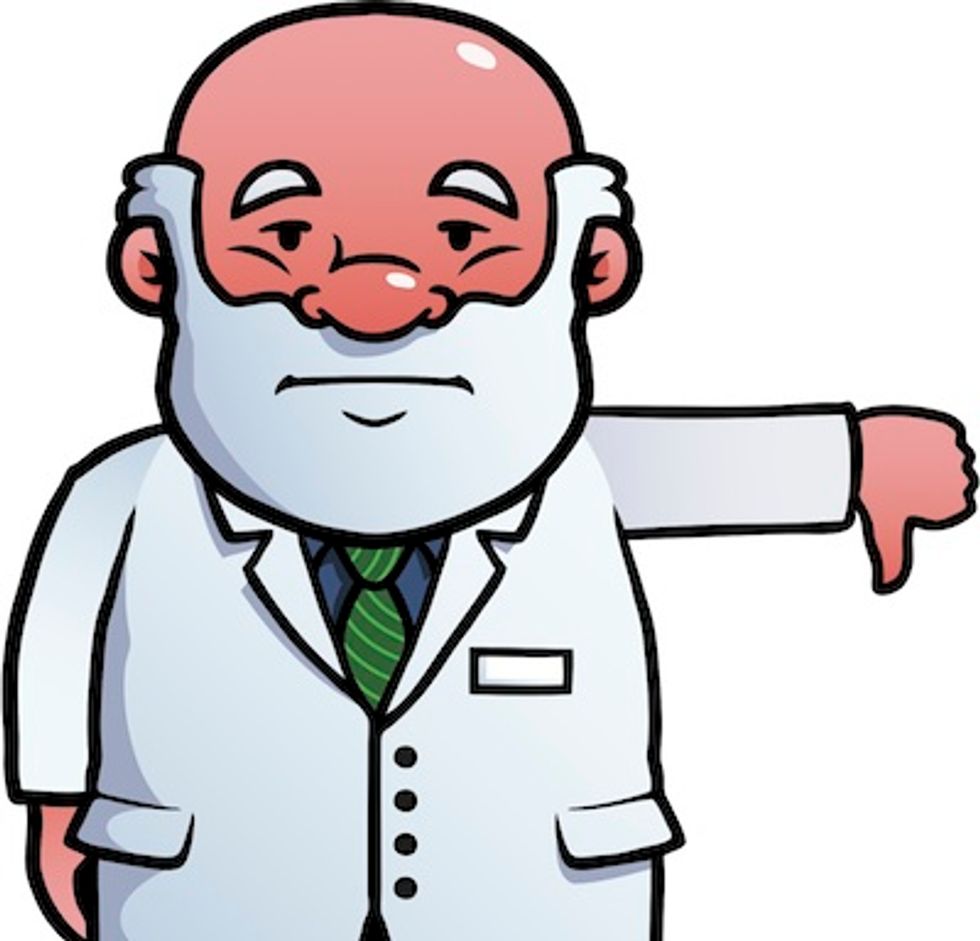 Scientists are widely known for their inclination to drone on about esoteric topics in a language of jargon. But every so often, they can surprise us with conciseness. Take these three pithy offerings published in reputable scientific journals, for example:

In his contribution to the November/December 2013 issue of Evolutionary Anthropology, esteemed biological anthropologist Ian Tattersall, curator emeritus at the American Museum of Natural History, did not mince words. In fact, he only wrote two of them: "Enough already."

Cartmill and Tattersall's recent exchange was the latest in a series of erudite bickering that's been ongoing since the 1980s. Though good friends, the two share manifold disagreements on Systematics -- the study of the diversification of living forms -- and how it should be used. By examining the relationships between species, we can track how life gradually transformed over billions of years from single-celled organisms to become whales, spiders, and even humans. In essence, Cartmill questions why often tiny differences separate certain animals into different species and families while others do not. Tattersall views this stance as an attack on Systematics itself, avowing that it's vital to document every tiny change and classify species accordingly.

In 2011, particle physicists were flabbergasted when they discovered that neutrinos could apparently travel faster than light, breaking the universal speed limit proposed by Einstein. Their result was later proven to be in error.

But before the mistake was revealed, physicists scrambled to account for the mind-boggling result. A group from the H.W. Wills Physics Laboratory in Bristol and the Indian Institute of Technology wondered, ""Can apparent superluminal neutrino speeds be explained as a quantum weak measurement?" Their abstract succinctly and bluntly answered that question: "Probably not."

In 1974, clinical psychologist Dennis Upper found himself stricken with writer's block. Though pen was to paper, no words would flow. He decided to solve his problem with a scientific experiment. Yet, as is frequently the case in science, his experiment didn't work as intended, and that's putting it euphemistically. Despite the failure, his work, "The unsuccessful self-treatment of a case of “writer's block,” was published in the prestigious Journal of Applied Behavioral Analysis. It is reproduced in its entirety below:

Despite the paper's glaring brevity, Upper's reviewer hailed its brilliance:

"I have studied this manuscript very carefully with lemon juice and X-rays and have not detected a single flaw in either design or writing style. I suggest it be published without revision. Clearly it is the most concise manuscript I have ever seen-yet it contains sufficient detail to allow other investigators to replicate Dr. Upper's failure. In comparison with the other manuscripts I get from you containing all that complicated detail, this one was a pleasure to examine. Surely we can find a place for this paper in the Journal-perhaps on the edge of a blank page."