Statecraft and Foreign Policy From Machiavelli To Digital Diplomacy

It is a new world where Machiavellian’s vertical hierarchies have been complemented with horizontal webs and networks. 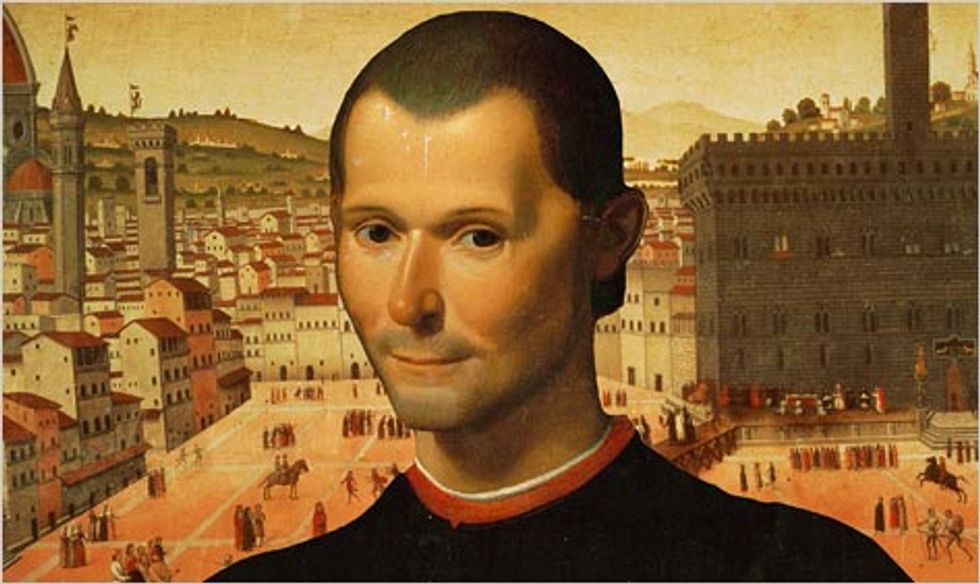 How would Machiavelli tackle digital diplomacy and social media? As we commemorate the sesquicentennial of the Renaissance philosopher’s celebrated The Prince, the structure of power in the 21st century has certainly changed. Global interconnectivity has forced governments to rethink their foreign policy priorities while at the same time acknowledge new players and engage with the world. It is a new world where Machiavellian’s vertical hierarchies have been complemented with horizontal webs and networks.

“The Prince is perfect in describing even the most current events in national and foreign policy,” said Gianni Riotta, author of Has the Web Brought us Freedom? at the panel discussion “Real-Time World, Real-Time Diplomacy: The Challenges Ahead,” organized by the Embassy of Italy in Washington DC as part of its Digital Diplomacy Series. “Social media and digital diplomacy are the only elements missing from his analysis,” Riotta continued highlighting how for the Machiavellian Prince it would be more difficult to rule in the 21st century as he’d be confronting and engaging with public opinion online.

Aside from Machiavelli’s morality of power and its views on how to exercise it, from the Renaissance to modern statecraft, one of the greatest revolutions have been the digital one. As technology and innovation are quickly transforming our daily life, our routine, and how we all interact with the world, foreign policy is now focusing on what comes next and how social media can impact statecraft itself, as well as the way governments talk to each other and to citizens, both at home and abroad.

“The digital era and the fast evolving mobile industry are having a deep effect on how companies conduct business, how people and customers interact, how the media industry is reshaping itself to better adjust to it,” said Italian Ambassador to the US Claudio Bisogniero. “Diplomacy has not been immune to these changes,” Ambassador Bisogniero added pointing out how governments are not abandoning traditional diplomacy but instead complementing it with real-time tools and innovative ideas.

According to P.J. Crowley, professor at the George Washington University and former U.S. Assistant Secretary of State for Public Affairs, the challenge today involves the disconnect between traditional diplomacy – say as little as possible in public and as much as possible in private – and the bowing demands on public and digital diplomacy through two-way conversations rather than monologues.

“There is a growing gap between the two,” said Crowley stressing how digital diplomacy and the use of social media in foreign policy have to often face new challenges and the way secrecy has been affected by real-time tools. “The way information circulates on the Internet potentially eliminates what governments have relied on for the longest and that is plausible deniability,” Crowley explained. “What in traditional diplomacy has always occurred behind closed doors is now sipping out in to the open, making public diplomacy an increasingly important dimension of diplomacy. This presents a conundrum for policy as they now have to not only assess what the policy should be but also how the policy is going to be received by domestic audience and by target audiences around the world.”

Foreign policy is trying to adapt to this broader and more dynamic environment.

Innovation – rather than technology per se – is the key element in this new equation. Innovation is becoming part foreign policy DNA, often bettering the way governments communicate and interact at all levels. Because technology is opening new doors to governments and societies around the world – in a way democratizing the power structure – the goal should be to fully leverage networks, technologies, and demographics of an ever interconnected world.

“In a world of technology that enables pervasive, disruptive social change, the work of diplomats is to increase the speed at which government can respond to that change,” said Katie Dowd, Senior Advisor to the U.S. Chief Technology Officer at the White House. “We are doing that by leveraging new tools for public diplomacy, experimenting with new approaches to development partnerships, enhancing our focus and expertise on technology policy issues, and improving our internal practices and skill-building to meet these challenges.”

In this new landscape, capacity building becomes key in order to drive innovation and innovative ideas, both in foreign policy and in the private sector. This is where public and private need to work together and collaborate to nurture new assets and bring to bear shared challenges.

However, working on capacity building for future generations is not for governments alone. Everybody needs to be part of the process, including youth around the world, our future leaders.

In his first foreign policy address as U.S. Secretary of State in February 2013, John Kerry said that “For the first time in human history, young people around the world act as a global cohort […] they are more open-minded, and more proficient with the technology that keeps them connected in a way no generation has ever been before.” He stressed: “We need to help them use this remarkable network in a positive way.”

The U.S. Department of State is now working to help the emerging generation define their legacy and shape their future in a positive way, “a collective future,” in the words of Zeenat Rahman, Senior Adviser to the U.S. Secretary of State for Global Youth Issues. The goal is to nurture highly motivated, talented, and civically engaged youth so that they can become a true engine for world economic growth and prosperity.

“Young people are creating innovative solutions to shared challenges such as health, climate change and economic development by pursuing studies and careers in science and technology,” Rahman said. “In past years, young people have worked to create mobile, web, and desktop applications to address climate, civil, and business challenges.”

* Andreas Sandre is a Press and Public Affairs Officer at the Embassy of Italy in Washington DC. He is the author of Twitter for Diplomats” (February 2013) and has contributed articles on foreign policy and digital diplomacy to numerous specialized publications, including the DiploFoundation, the Global Policy Journal, and BigThink. The views expressed are the author's only and do not necessarily reflect those of the Embassy of Italy. Find him on Twitter: @andreas212nyc