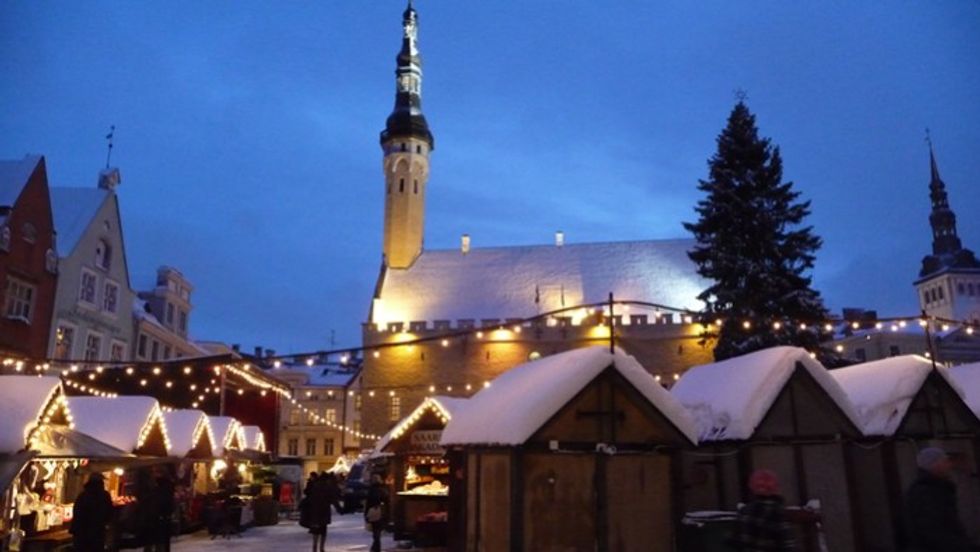 Eastern Europe shares common positive characteristics that not only distinguish it from Western Europe, but also from most of the world. During the twentieth century, few regions on the planet suffered as much as Eastern Europeans. They endured fascism, communism, corruption, economic chaos, invasion, occupation, famine, war, and genocide. Given that, it’s amazing that Eastern Europeans aren’t more screwed up. That brings us to their greatest trait: resilience.

1. There’s one characteristic that all Eastern Europeans share, from Finland to Macedonia, from Slovenia to Ukraine—it’s toughness. Eastern Europeans are a gritty, intense, and supernaturally sturdy people. Communism, wars, and winters have sculpted their tradition of getting by with little. They may whine and complain, but they’ll endure any hardship and overcome any challenge with a stoic and grim determination.

2. Eastern Europeans excel at having a simplified tax policy. That’s ironic because communist countries were known for their bureaucracy, while capitalist ones were known for their efficiency. However, today, Westerners are saddled with convoluted tax codes, while Eastern Europeans are champions of flat taxes. They’ve fulfilled a capitalist fantasy: simple, predictable taxes. Estonia led the revolution in 1994 and today has a 23% flat tax. Lithuania (33% flat tax) and Latvia (25%) followed. Then, in 2001, Russia adopted a 13% flat tax. Next came Ukraine (15%), Slovakia (19%), Romania (16%), Serbia (14%), Czechia (12.5%), Macedonia (10%), Albania (10%), Montenegro (9%), Bosnia (10%), and Bulgaria (10%). Poland, Hungary, Croatia, Greece, and Slovenia are considering flat taxes. Meanwhile, Americans and Western Europeans are plagued with a Byzantine tax code.

6. Eastern Europe is depopulating faster than any other region. People often describe a decreasing population as a “problem” or a “demographic crisis.” However, a forever-increasing population is a doomed Ponzi scheme. Although Eastern Europeans haven’t learned how to market their declining populations as a positive attribute, they can show the world the vast benefits of everyone getting more elbowroom.

Of course, there are other shared positive traits in Eastern Europe. For example, they maintain their traditions, focus on their families, are well-connected to their history, and are hospitable. However, these aren’t just Eastern European traits; they are human traits. Moreover, Eastern Europe isn’t the global leader on such issues (nor are they the laggard, either).

Michael Derrer observed another common bond that was neither negative nor positive. He said, “Eastern Europe has an untarnished relation to traditional European values. I do appreciate the liberalization in the western world during the past 40 years. But it is useful for us to see the old ideals still alive in the minds of Eastern Europeans. I am thinking of traditional values like progress towards higher well-being, family success, and traditional gender relations.”

On the other hand, Western Europeans are also diverse (compare Portugal with Norway), yet that doesn’t stop us from seeing their common traits. Indeed, Eastern Europeans routinely speak about “the West” (clumping the US and Western Europe) as if we’re all the same. That’s natural because there are common bonds, despite the diversity—the same goes for Eastern Europe.

Although there is no longer a physical east-west barrier in Europe, there still exists a faint, but measurable, cultural and economic divide. Yes, it continues to fade, but it hasn’t disappeared yet.

Check out Francis' other posts on Big Think.