Should the United States Issue a Formal Apology for Climate Change?

It’s 2017 and the newly elected President of the United States is apologizing to the world for its contribution to environmental injustices at home and globally. Could this happen? Should it happen? 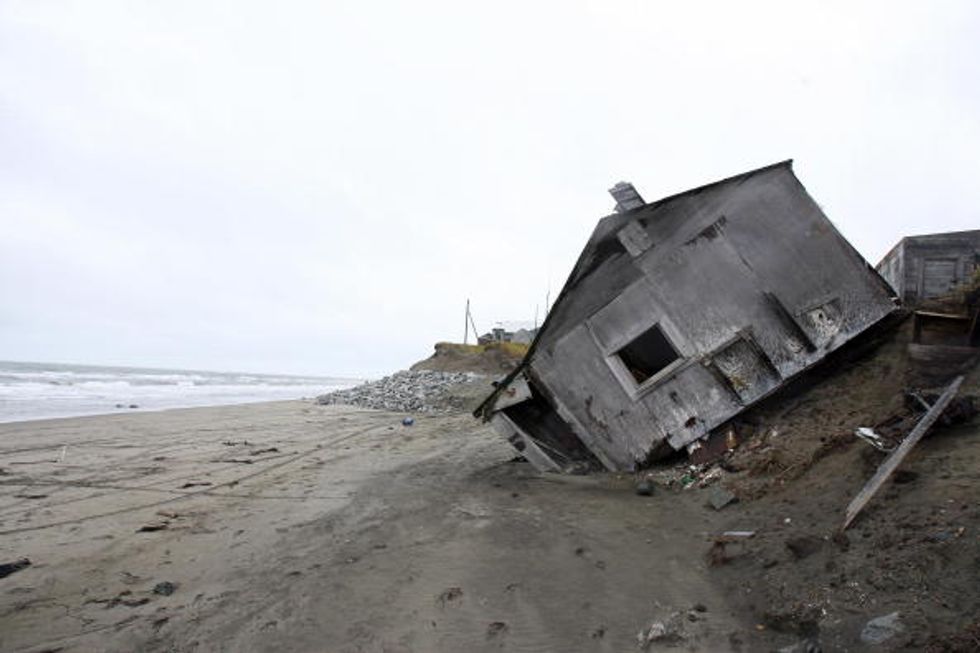 OP/ED from a UK Environmental Attorney

It’s 2017 and the newly elected president of the United States is apologizing to the world for its contribution to environmental injustices at home and globally. Could this happen? Should it happen?

There’s a long list of historic environmental injustices that the United States has inflicted upon its own peoples and cultures, and globally. Environmental racism (where environmental laws, policies and practices have differentially affected individuals, groups of communities based on race or colour), the watered-down approach of American companies toward corporate social responsibility, and its significant contribution towards climate change all form part of an embarrassing environmental scorecard.

As a proud and courageous nation, the United States should be honest with itself. It’s time for the damaging and dangerous notions, fantasies, and myths of American exceptionalism and Manifest Destiny that continue to influence some elements of the nation’s political ideology to be confined to history.

Without doubt, some former presidents have shown the world the way of good environmental leadership, making a positive and lasting contribution to protecting the planet.[1] Former President John F Kennedy, a true visionary, declared that more than any other people on Earth, the United States bears burdens and accept risks unprecedented in their size and their duration, including for all those who wish to be free.

Richard Nixon ushered in the decade of the environment and established the Environmental Protection Agency, and Jimmy Carter and Bill Clinton built on the public lands legacy started by Theodore Roosevelt. It was Roosevelt who recognised that the environment had a direct connection to democratic ideals and that the conservation of natural resources was a duty we owe to our children and our children’s children. For Roosevelt, conservation was a great moral issue, for it involves the patriotic duty of ensuring the safety and continuance of the nation.

But other presidents have advanced/pushed pro-growth, anti-regulatory, anti-environmental agendas, politicizing the scientific debate by ignoring scientific evidence, distorting facts, and leading to the censorship of scientists and reports — doing so at the peril of the United States and the world, leading to morality-based politics.

I believe the sense of belonging to a community and showing an allegiance to it carries with it a moral obligation to make amends for a nation’s past wrongs. That is patriotism. And with that sense of belonging comes responsibility. It is not really possible to claim national pride if there’s no will to acknowledge any responsibility for carrying the nation’s story into the present, and discharging the moral burdens that come with it.

Over the past few years, there have been a number of political apologies offered by nations for historical and more recent injustices.[2]

As a nation, any empathy toward its neighbours brings with it feelings of shame and guilt for some aspects of its way of life. Through apologizing, that dignity and self-esteem could be restored.[3]

Our fragile planet demands that we renew and focus our energies on the resolution of conflicts, and that it is done in a way that does not simply submerge the resentments that inevitably accompany such conflicts but acknowledges and responds to them. I believe that apologizing can help in that effort.

But apologizing is more than merely an acknowledgment of offences together with an expression of remorse. It is an ongoing commitment to change the nation’s behaviour. It is a process that requires of all parties attitudes of honesty, generosity, humility, commitment, and courage.

It is an inconvenient truth that the United States has contributed significantly more to current climate change than any other nation. The nation needs to find new ways to communicate with the peoples of the world, with belief in its hearts, to be better understood. The nation can invest in, and redefine, its spiritual and moral values. It must not let its past mistakes dictate its future. And it must right the wrongs of its past.

Paul Collins is an environmental lawyer and author of The Apology, to be published in the fall 2015 by Moon Willow Press.