Multiple-Choice Tests Hinder Critical Thinking. Should They Be Used in Science Classes? 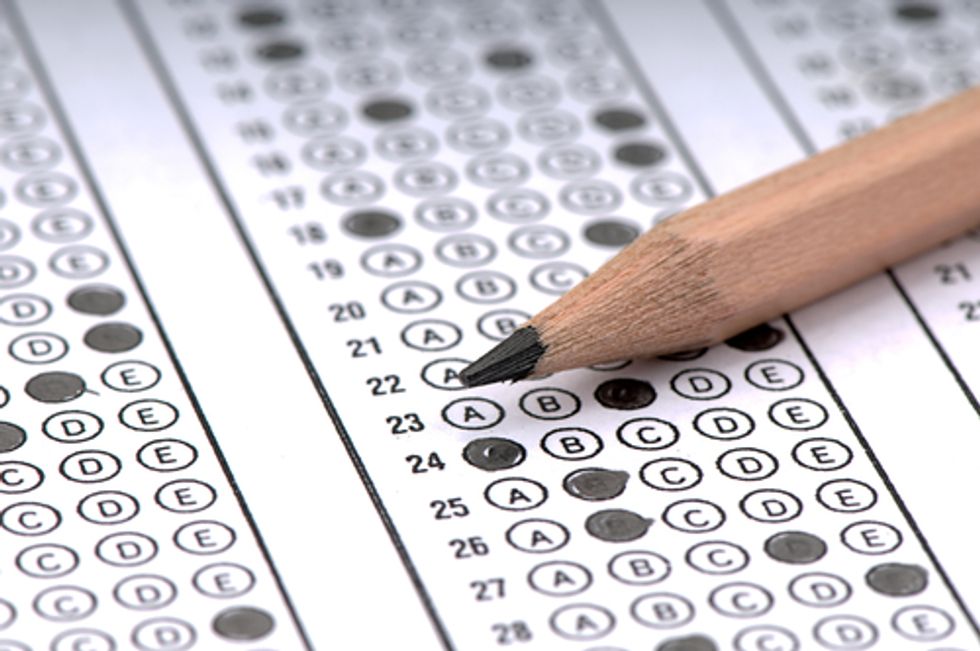 Meandering into the lecture hall, you take note of the atmosphere. The air is still. But for the faint sounds of shuffling pages, trackpad clicks, and anxiety-laced whispering, the room is silent. You take a seat, separated from your nearest classmate by an empty chair. At face value, the gulf seems superficial, and yet, when the tests are passed out, that distance will become insurmountable. Don't talk. That's cheating! It will be just you, the test, and the bubbles on the answer sheet. Those cursed bubbles...

Anyone who's ever taken a large science class in college is well acquainted with the multiple-choice test. Ingenius in its simplicity, the test comprises a set number of questions, each with a short list of responses. It's up to the test-taker to determine which is correct. Here's an example:

1. Which of the following is one of the major approaches to psychology?

The testing strategy has been utilized for decades, with few alterations and a tacit resignation to the status quo. To professors, it's an easy, objective, and efficient way to gauge the material comprehension of large numbers of students. To students, though they may view the method as cold and unforgiving, it's a universal standard -- one they're accustomed to -- and it offers a genuine chance to guess the correct answer.

Critics contend that multiple-choice tests only encourage two things: rote memorization and hand-eye coordination. (Filling in tiny bubbles is deceptively difficult.) Since science is not about memorizing and regurgitating facts, why should future scientists be judged in such a fashion?

Compared to memorization, Professor Kathrin Stanger-Hall of the University of Georgia believes that critical thinking skills are far more useful to aspiring scientists, and to students, in general. But sadly, college is seriously inept at teaching these skills. A 2011 study found that 46% of college students did not gain critical-thinking skills during their first two years of college, and 36% had not gained critical-thinking skills after 4 years. Stanger-Hall theorizes that multiple-choice tests contributed to these dismal statistics. In 2012, she tried out a little experiment on two sections of her Introductory Biology class.

"The purpose of this study was to assess whether a multiple-choice-only exam format might hinder the development of higher-level (critical) thinking skills in introductory science students. The answer is a convincing yes," Stanger-Hall summed up (emphasis hers).

According to Stanger-Hall, replacing a significant portion of multiple-choice questions with constructed response questions would be a "cost-effective strategy to significantly improve the critical-thinking skills of college students." But her recommendation is not the only viable option. Social psychologist Joann M. Montepare -- who's taught college classes for 15 years -- urges a slightly different approach, one that she's already put into practice with great success. Multiple-choice tests, she says, are a great evaluative tool. But like any tool, they must be well crafted and correctly employed. Montepare described her creative assessment methods in the October 2005 edition of The Observer:

"Students come to class prepared as they would be for any other multiple-choice exam, take the exam, and then they take it home and review each question to assess whether their answer was indeed the best one. Students can use class notes, readings, and even discuss the questions with their classmates (indeed such collaboration is encouraged). As they do so, they can change their answers. Students return exams during the next class period and the self-corrected version determines their final grade, as follows. For each correct answer (no change) students receive full credit. For each corrected answer (wrong to right), students receive half-credit. Incorrect answers — originally wrong and unchanged, or changed to wrong — receive no credit."

Perhaps the largest benefit of Montepare's method is this: Instead of focusing on memorizing material beforehand, students actively research and collaborate to not only find, but also understand the answers. That sounds a lot more like how science is done.

Even before publication, health agencies were asking the journal not to publish the research.

On June 25, 2021, the Office of the Director of National Intelligence released a much-anticipated report on UFOs to Congress.

Gain-of-function mutation research may help predict the next pandemic — or, critics argue, cause one.