Launched via a 35-day crowdfunding campaign on Indiegogo, Matterform blasted through its initial fundraising goal of $81K in 1 week and has raised over $460K. With 4 days left to go, the company announced that it has outgrown its production facility and decided to add color scanning to what is the world’s 1st affordable home 3D scanner product (currently $599). 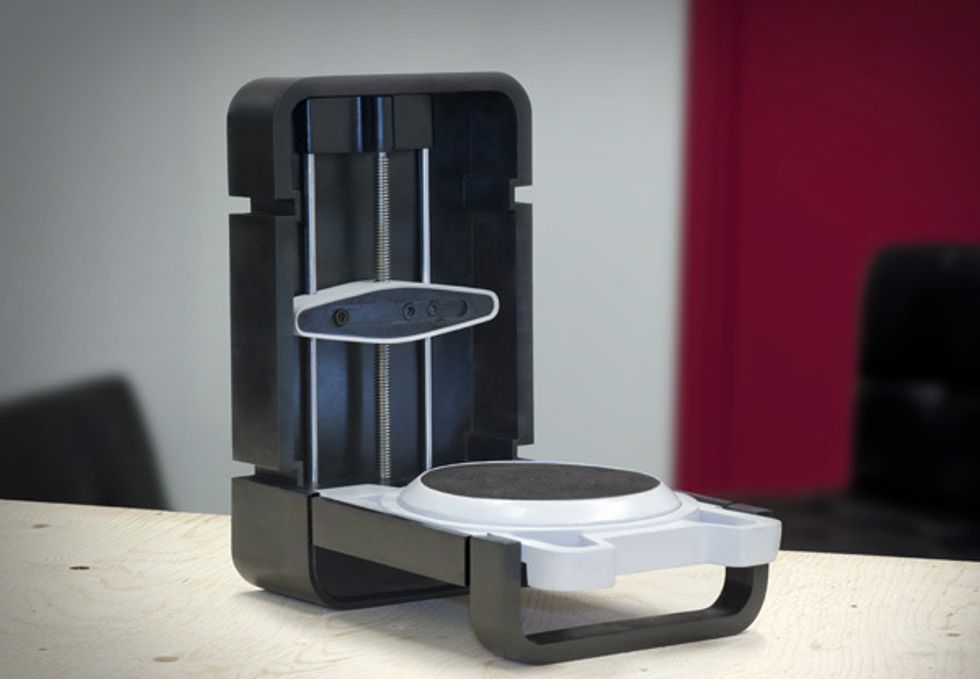 Launched via a 35-day crowdfunding campaign on Indiegogo, Matterform blasted through its initial fundraising goal of $81K in 1 week and has raised over $460K. With 11 hours left to go, the company announced that it has outgrown its production facility and decided to add color scanning to what is the world’s 1st affordable home 3D scanner product (currently $599).

Toronto, ON – April 30, 2013 – After an incredible start, Matterform’s 3-D scanner is now in homestretch of the thirty-five day Indiegogo campaign, with the original financial goal of $81K reached in a mere five days. Currently standing at an impressive $460K and climbing, the founders are still working hard to reach their stretch goals. “Each new [financial] target we reach brings a new set of obstacles, so we’re constantly updating and reinventing as we go,” says co-founder Drew Cox.

“At the start we were only aiming to produce 200-300 units so our manufacturing could be done in our own shop. As our success grew it became clear we’d have to outsource the plastics, which meant higher costs on our end. So while externally it looked like we had passed our goal, we were now in a position of having to pass new financial goals, or drown in 20,000 plastic parts inside a 600sq/ft space” said co-founder Adam Brandejs. “We are so grateful for all the success we’ve received so far. Even when we had to increase the cost of the scanner to meet our new requirements, the backers were very understanding,” relates Brandejs. “We were transparent and honest with them and they understood. It’s a wonderful feeling to have such great support out there, and a community that really believes in our scanner as much as we do.”

The company has brought a full-time programmer on board, allowing the team to deliver some new features, the first of which is color scanning. Many of the backers asked us for it, and while it has little impact on 3D printing at the moment, it does impact video game creation, digital archiving or other design work. They are thrilled to add this feature in. For the immediate future, color data will be an available option when saving to a point cloud, but the team says they will quickly aim to deliver texture mapping too and hope to share some more exciting announcements soon.

There are 12 hours remaining in Matterform’s crowdfunding campaign. The company has not yet released information about when they will sell the scanner on their own official website after the campaign or how much they will be selling it for - but it's likely it will be more expensive than the special intro prices on the Indiegogo campaign, and will definitely be shipping later. Thus the best way to get one as soon as possible at the special pricing level is through the Indiegogo campaign: http://www.indiegogo.com/projects/photon-3d-scanner