An Earthquake Hazard Where We Least Expect It

In the long term, a life-changing earthquake in America's heartland is almost certainly inevitable. 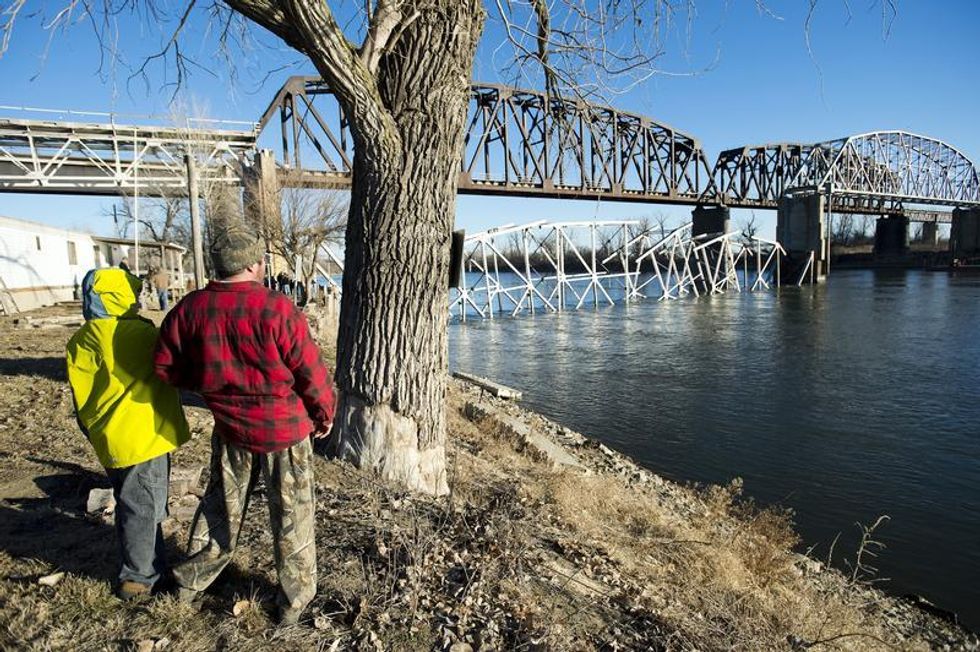 Between December 16th, 1811 and February 7th, 1812, four earthquakes -- each roughly comparable to San Francisco's legendary rumble in 1906 -- shook the states of Arkansas, Missouri, Illinois, Tennessee, Indiana, Kentucky, and Mississippi. Witnesses painted a cataclysmic picture. In many places, the ground upheaved as if giant burrowing worms tore through the soil. Sections of the mighty Mississippi briefly flowed backwards. River tsunamisspawned and battered the surrounding terrain. Sand volcanoes erupted from the ground.

And yet, despite the terrestrial carnage, loss of life during the four seismic events was small,likely no more than two hundred. If just one of those earthquakes were to strike today, we would not be so lucky.

In 2008, University of Illinois seismologists estimated the toll. Such a disaster would likely result in 86,000 casualties, 715,000 damaged buildings, and 7.2 million people displaced. Direct economic losses would tally at least $300 billion. In short, it would be the most devastating natural disaster in modern history.

But that won't happen, right?

Since the 1811-1812 earthquakes, there have literally been thousands of earthquakes in the New Madrid Seismic Zone, the fault system responsible. But while these may register on the sensitive Richter Scale, the quakes are hardly discernible above ground. This has prompted some seismologists to hypothesize that that these quakes are little more than aftershocks of the 1811-1812 incidents, and that the New Madrid Seismic Zone is, for all intents and purposes, defunct. Many scientists with the United States Geological Survey aren't so sure, however. Fault zones don't simply shut off over two hundred years -- really a blink of an eye in geological terms.

New research backs their majority opinion. Cal Tech seismologists Morgan Page and Susan Hough tallied New Madrid's known seismic activity since 1812 and found that it doesn't fit in with the commonly accepted epidemic-type aftershock model. In other words, the tiny earthquakes the region has produced in the past two hundred years are likely not aftershocks. This is bad news, as aftershocks help relieve stress in a fault system.

"If current seismicity in the New Madrid region is not composed predominately of aftershocks, there must be continuing strain accrual," Page and Hough write in their paper, published in today's issue of Science. That's a sign that the fault system still poses a hazard.

Unlike the notoriously active San Andreas Fault in California, where two enormous continental plates border and occasionally grind together, New Madrid is far away from any tectonic boundary. Therefore, the cause of its earthquakes -- termed "intraplate earthquakes" -- is less understood. (Above image: Intraplate earthquakes often affect a vaster area.)

One potential explanation is that the crust upon which New Madrid rests was previously weakened hundreds of millions of years ago, and thus is now sensitive to subtle shifts in the Earth's plates. 550 million years ago, the crust and lithosphere began to pull apart in that area -- a rift started forming. However, for unknown reasons, the rift failed and subsequently became filled with sediment. Now, we contend with its muffled, earth-shaking temper tantrums.

But in the long term, a life-changing earthquake in America's heartland is almost certainly inevitable.