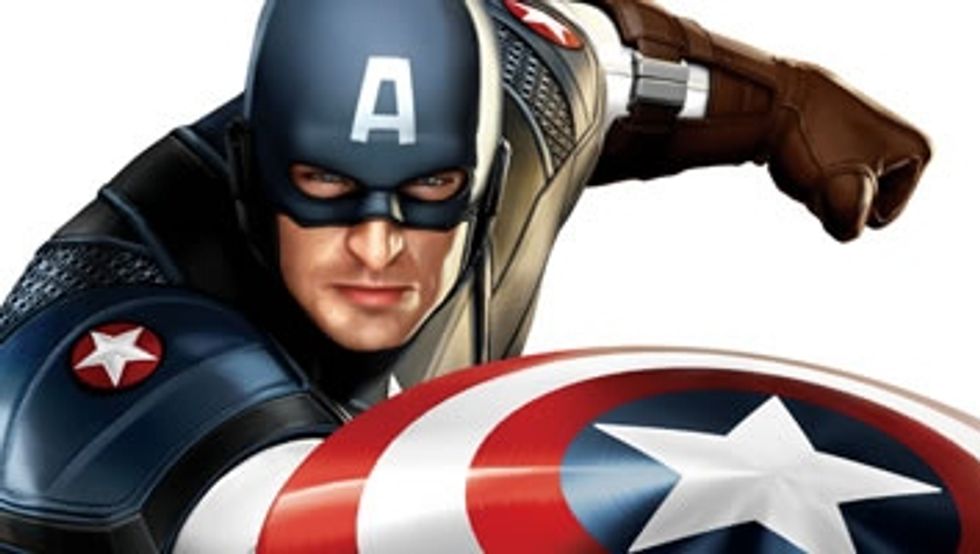 When Captain America was defrosted from a block of ice floating in the North Atlantic in Avengers #4 (1964), writer (and now national treasure) Stan Lee used an old idea to explain his preservation - suspended animation. This explanation worked fine because, (1) it was a comic book, and (2) nobody understood how suspended animation worked anyway.

And we still don't.

By the time Stan the Man used it, suspended animation was already an old saw in fantasy literature. In 1928, author Philip Frances Nowlan used the theoretical science to keep WWI veteran Anthony “Buck” Rogers preserved for 492 years in his story Armageddon 2419 A.D.  Rogers is preserved due to radioactive gas released by a cave-in.

Caves and suspended animation also feature in Edgar Rice Burroughs’s 1917 A Princess of Mars as John Carter’s body lies undisturbed and undiscovered in an Arizona cavern while he’s also somehow (Burroughs is not very clear on the issue) swashbuckling across Mars and romancing the sultry Dejah Thoris.  And, like Captain America, he’s also coming soon to a theater near you, courtesy of Disney.

Despite all the fictional use of suspended animation we have very little understanding of how to make it a reality.

But we may be getting closer.

In 2005, scientists at the University of Pittsburgh drained the blood out of the bodies of test dogs and replaced it with a low-temperature glucose, dissolved oxygen, and saline solution. The dogs were clinically dead for three hours. The blood was then returned to their bodies and the dogs were revived by electric shock to the heart.

Sixteen of the twenty-four dogs tested recovered fully but the remaining eight suffered from various levels of brain damage and were quickly dubbed “Zombie Dogs” by the media, much to the chagrin of the scientists involved. Still, 33 percent is a pretty high zombie rate for any endeavor.

Oddly enough, a book from 1819 addresses just this post-reanimation behavior. Walter Whiter's A Dissertation on the Disorder of Death; or that state of the frame under the signs of death called suspended animation (1819) offers a variety of tips for returning someone from a state suspended animation.

Two hundred years ago people used the term suspended animation to indicate a state much like a coma. Near dead, but not quite dead. And it was widely believed that one could be brought back from this condition using artificial respiration from a bellows (as handy as your nearest fireplace) and physically rubbing the body.

After the body was revived it was suggested that you administer spiced wine or brandy to the person to restore their senses.

If that didn’t work, and they persisted in acting in a stupor, simply apply leeches to the temples.

Under the Floor - The Skulls of St. Cuthbert's