The Death of Adulthood & Rise of "Kidults"

If our key political freedom is choosing for ourselves, what do we need to do that in a mature fashion? How much longer can kidults kid themselves about life’s uncool, unavoidable constraints? 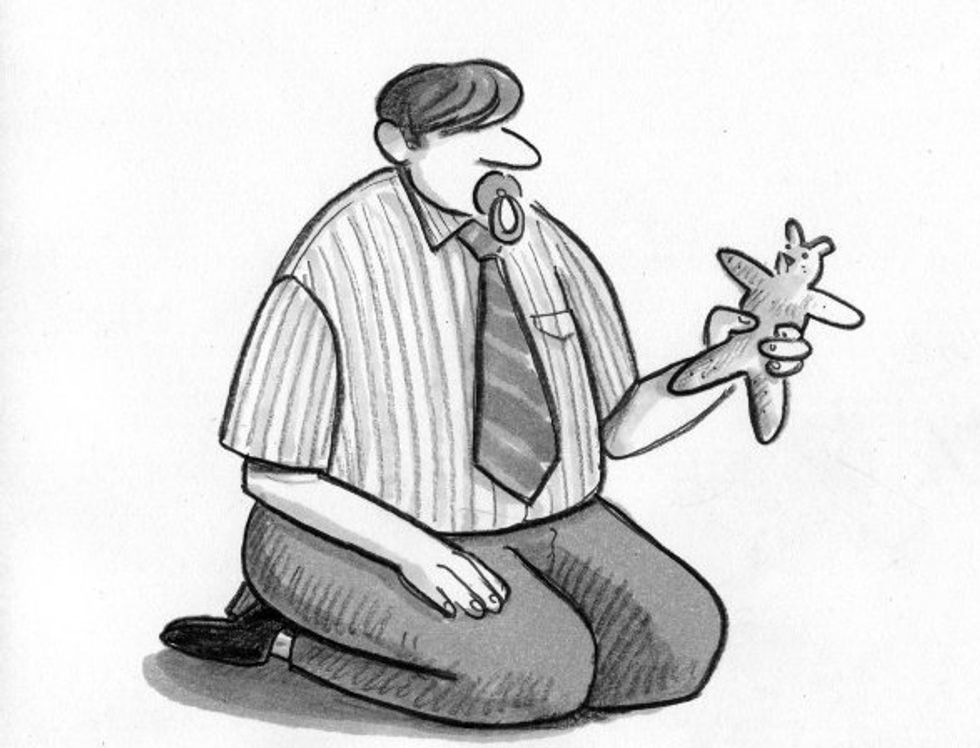 A O Scott’s “Death of Adulthood” in American arts, inspired the following riffs on art and life and their often unwitting logic:

2. Scott notes that as male authority declines, feminism rises. But feminism mixes two elements: either scattering away from patriarchy, or rushing toward man-mimicking (good and bad). E.g. anti-sexism mixes with women sometimes objectifying and ogling men (more symmetric, but progress?). And pop-star “feminism” that equates empowerment with sexualization puts adult fun into kidult hands (as risky as kids with Uzis?).

3. Patriarchy might be dead, but money-archy (often meritocracy’s other name) and its hierarchy shapes our lives. Kidult freedoms aren’t as risky for those with parental safety nets. While Scott feels “nobody knows how to be grown-up,” in reality adulthood’s trappings become more elusive, and the unstoried poor unglamorously struggle on (with fewer choices and less life).

4. Stalin called novelists “engineers of the soul” and Shelly called poets our “unacknowledged legislators,” but both have been superseded by movie and TV and pop song makers. Very few novels or poems reach more than a few thousand people, but songs, TV and movies reach millions.

5. What artists glamorize or ghettoize matters. It influences or shapes the behaviors and social scripts that are recognized as culturally approved of. Glamorizing childishness, however useful it is within art, can be disastrous in life. Perhaps TV’s complex (“awful...but...cool”) monstrous hero-villains help normalize elite abuses. Here’s how Ayn Rand “glamorized” free-marketeers. Here’s an example of nonconscious status associations shaping self-ghettoizing racial attitudes.

6. Childhood entails dependency and constraints, but adulthood eliminates neither. Adult autonomy can’t escape dependencies on many relationships and their constraints (e.g. with life’s necessary others, communities, markets, nation(s) and even the planet). Freud called this the “reality principle” which should replace the infantile/kidult fun-only “pleasure principle.”

8. Democracy and markets interconnect and aggregate preferences (whether they’re prudent or not). And our collective reason (which is what politics should be) is also becoming less adult. Politicians peddle sugary policies while deferring many unappealing but unavoidable political-broccoli issues.

9. Politics is increasingly subservient to an economic story that things work better with no one in charge. Markets, those unwitting mindless aggregates, are like parents, dispensing life’s rewards and punishments. But unenlightened and imprudent self-interest leaves many gaps and undealt with externalized costs, that require foresight and adult supervision to fix.

If our key political freedom is choosing for ourselves, we must learn to do that unchildishly. How much longer can kidults kid themselves about life’s uncool unavoidable constraints?