Corporate buybacks: Have you heard about this trillion dollar Ponzi scheme?

Few know about the trillion dollar crime that stole pay raises while weakening our economy. The “lootocrats” and their courtiers are taking us for a ride. 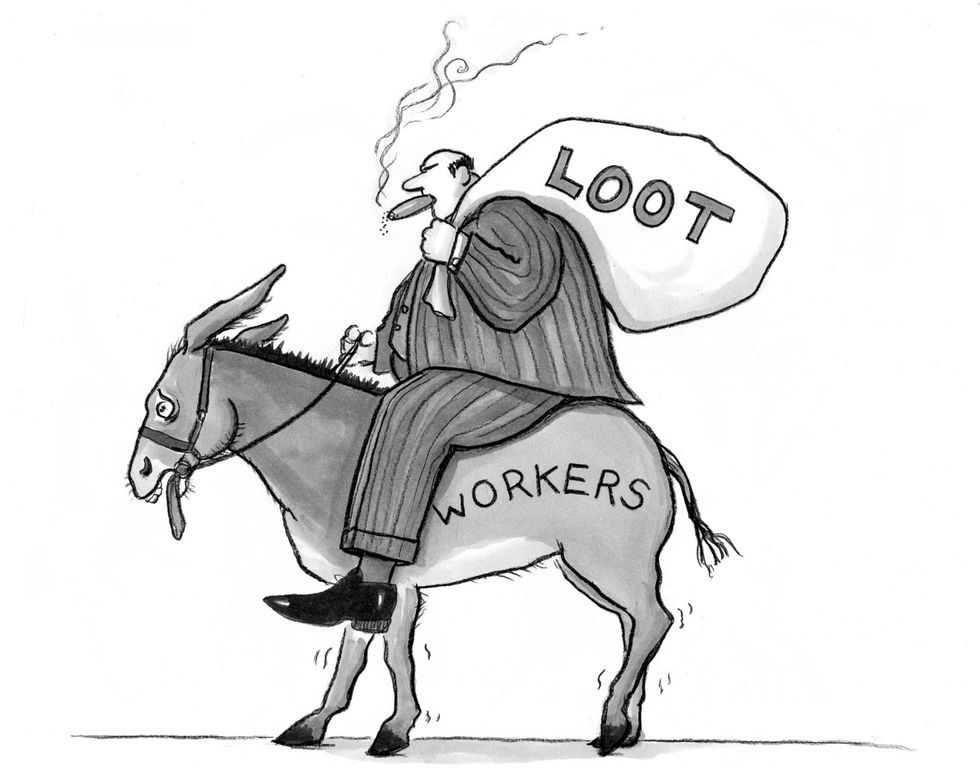 1. A scheme that was till recently a crime now consumes trillions of dollars. That’s one of many market maladies Rana Foroohar publicizes in her book Makers and Takers: How Wall Street Destroyed Main Street.

5. Foroohar counters the Chicago catechism with empirical evidence. And markets-know-best folks must face the many facts Foroohar marshalls to falsify their fig-leaf faith. For instance:

6. Only ~15% of flows to Wall St get to real businesses (the rest on games “not unlike a Ponzi scheme”).

7. "Privately owned firms invest more than twice as much… as public firms.” And drug companies spend more on shareholder maximization than on R&D.

8. 80% of our CEOs would “pass up making an investment that would fuel a decade's worth of innovation” to hit a quarterly target (foreign firms think in “decades rather than quarters”).

11. Any fraction of that recently criminal misuse of money going to workers would benefit us all. They tend to spend more of their gains (generating growth) than the rich (tend to prefer Wall St’s Ponzi-ing).

15. Always ask—what do business leaders serve? What are they loyal to? What would they not harm?

16. To trust those who aren’t loyal to anything beyond their own gain is foolish.

17. Unless business leaders are loyal enough to their companies, customers, employees, communities, nations, to not harm them, the whole market system is at risk (+see Good vs Bad Rich).

20. If we don’t stop these economy-sapping schemes, the “lootocrats” and their courtiers will continue to take us for a ride.