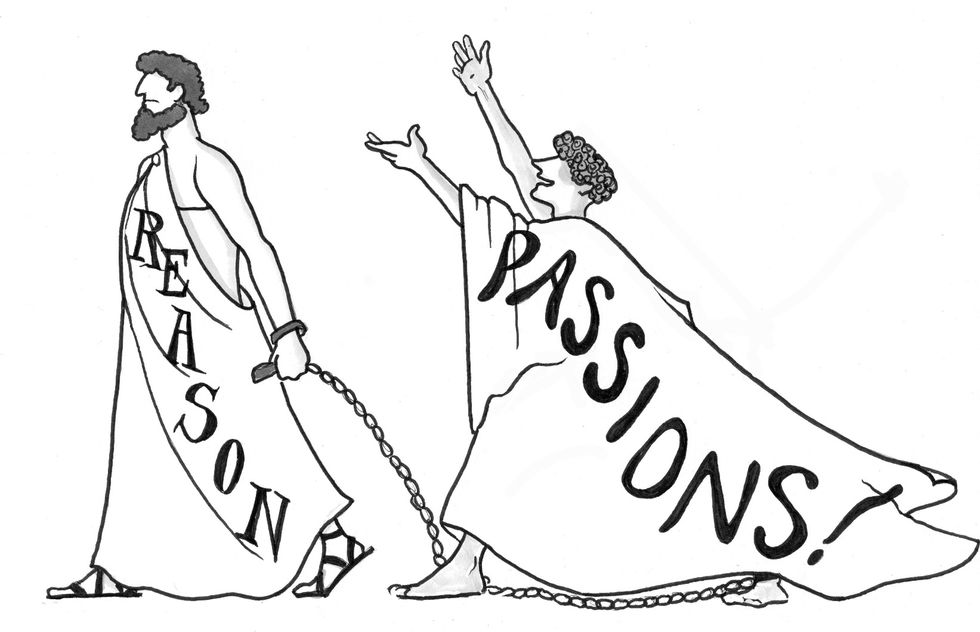 1. The best we can hope for is “life, liberty and the pursuit of” stoic happiness. And that means we all need “happiness bootcamp” (to learn how harmful equating “happiness” with what’s beyond your control is).

2. That’s one key lesson from How to Be a Stoic: Using Ancient Philosophy to Live a Modern Life by Massimo Pigliucci (—>focus on your locus of control).

3. Stoics taught that we should desire the game, not only the win (the effort, not the goal). They were better “connoisseurs of human psychology” than many later experts (e.g., economists of the “unbehavioral” kind).

4. Stoicism, despite popular misconceptions, isn’t about Spock-like stiff-upper-lip suppression of emotions. Rather it’s about retraining (re-cognizing) emotional reactions, for a more skillful life.

5. Stoics trained themselves in “virtues.” But virtue meant something different in Greco-Roman wrestling with life’s challenges (we typically see the term through 2,000 years of Christian accretions).

6. Early Christianity was strongly influenced by stoic ideas—for instance, the Gospel’s “In the beginning was the Word,” uses the word Logos, the stoic term for that which organizes nature (~Einstein’s god).

12. Worry only about what is in your power. Stoics treat all else with “indifference” (an indifferent can be preferred or dispreferred). By nature many projects have outcomes beyond your control. Enjoy success if it comes. If not, be content with having made your best effort.

13. Stoicism’s genius is to democratically bring a good (skilled) life within reach of all (wellborn or not, win or lose).

16. Unhappy are they who ignore nature’s empirical limits.

17. Wise are they who use their liberty to pursue skillful living (—>“all skill is joyful”).

18. Be not “passion’s slave” (Hamlet). Train your passions to seek “rational desires” (Aristotle). And to bear whatever comes, stoically (—>updating Hume).