Why Ray Kurzweil's Predictions Are Right 86% of the Time 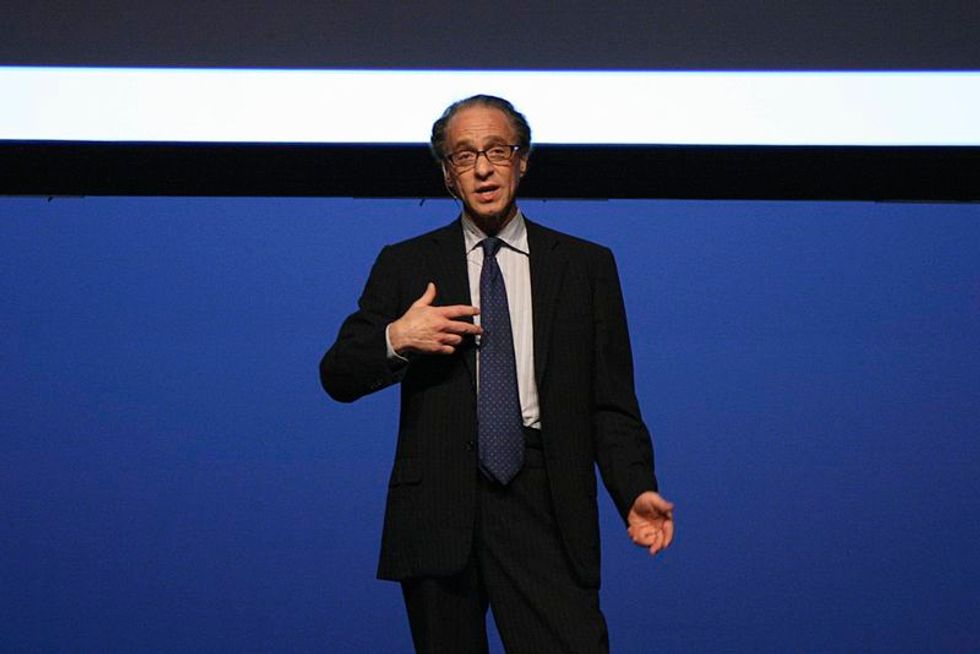 It's that time of the year again when techno pundits are once again breathlessly telling us all about the technology and innovation trends that will be big in 2013. That's great, but many of those predictions will be hopelessly wrong by the end of March. That's why it's so fascinating that Ray Kurzweil, one of the leading thinkers when it comes to the future of technology, has had such a strong track record in making predictions about technology for nearly two decades. In fact, of the 147 predictions that Kurzweil has made since the 1990's, fully 115 of them have turned out to be correct, and another 12 have turned out to be "essentially correct" (off by a year or two), giving his predictions a stunning 86% accuracy rate. So how does he do it?

The fact is, Ray has a system and this system is called the Law of Accelerating Returns. In his new book How to Create a Mind: The Secret of Human Thought Revealed, Kurzweil points out that "every fundamental measure of information technology follows predictable and exponential trajectories." The most famous of these trajectories, of course, has been the price/performance path of computing power over more than 100 years. Thanks to paradigms such as Moore's Law, which reduces computing power to a problem of how many transistors you can cram on a chip, anyone can intuitively understand why computers are getting exponentially faster and cheaper over time.

The other famous exponential growth curve in our lifetime is the sheer amount of digital information available on the Internet. Kurzweil typically graphs this as "bits per second transmitted on the Internet." That means the amount of information on the Internet is doubling approximately every 1.25 years. That's why "Big Data" is such a buzzword these days - there's a growing recognition that we're losing track of all the information we're putting up on the Internet, from Facebook status updates, to YouTube videos, to funny meme posts on Tumblr. In just a decade, we will have created more content than existed for thousands of years in humanity's prior experience.

And it's not just computing power or the growth of the Internet. Chapter ten in Kurzweil's latest book, How to Create a Mind, includes 15 other charts that show these exponential growth curves at work. Once any technology becomes an information technology, it becomes subject to the Law of Accelerating Returns. Consider biomedicine, for example. Now that the human genome is being translated into a digital life code of 1's and 0's that can be processed by computers, it's also an information technology, and that means it's also subject to the Law of Accelerating Returns. When you look at the cost of sequencing a human-sized genome, the cost started dropping exponentially around 2001 and fell off the genomic cliff in about 2007 -- about the same time that Craig Venter's genome project took off.

As Ray points out in How to Create a Mind, the reason why typical pundits and prognosticators typically get it wrong year after year is that the human mind has evolved to think linearly, not exponentially. We conceive of 40 steps as a linear progression: one step after another, from 1 to 40. When Ray thinks of 40 steps, though, he views it exponentially, as 2^40, and that's 1 trillion. In fact, at a recent talk Kurzweil gave at TEDx Silicon Alley in Manhattan, he mentioned what can be called the "1% fallacy." When most people hear that only 1% of the problem has been solved, they usually give up and assume it will be years until it's fully solved. Ray thinks exponentially, though. From his perspective, if you've solved 1% of the problem, it means that you're not 1/100 of the way there (i.e. 99 tiny linear steps to go), it means you're only a few more exponential steps away. That's why Ray's latest project - reverse-engineering the human brain - is so exciting. Once we've reverse-engineered just 1% of the human brain, it means that we're just a few steps away from creating a synthetic cortex - the world's' best algorithmic Pattern Recognition Machine.

So what can we count on for 2013? Think like Ray, and use the Law of Accelerating Returns to your advantage. Figure out the scale of the problem that you're facing, figure out the computing power needed to achieve it, and then work backwards to arrive at an approximate timeline. Using this simple approach, Ray was able to predict that an artificial intelligence technology like Deep Blue would be capable of beating a chess grandmaster by 1998. He talked to a grandmaster, figured out that an AI machine would have to recognize 100,000 possible board positions at any time, and that it would have to have the raw computing chops to crunch all possible combinations of these 100,000 board positions over and over again. Once that required computing power was possible (thanks to Moore's Law), it was time to move on to the next challenge -- becoming a Jeopardy! champion. Now, with the victory of Watson, it's time to move on to the next challenge - becoming the world's best doctor.