How to Build the 100-Year Company 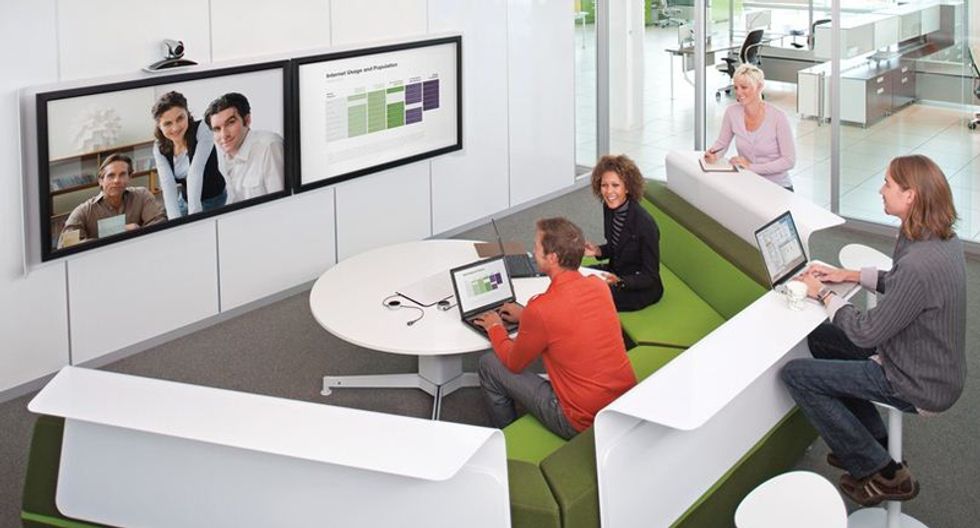 The 100-year company is the rarest of all organizations in Corporate America – a company that has somehow managed to survive the ebbs and flows of multiple business cycles, the appearance of radically disruptive technologies and the changing tastes of entirely different generations. While very few of the icons of Corporate America have actually lasted 100 years, there are some innovators - such as IBM and Steelcase - that have. As we transition into the post-PC era, how many of the companies that thrived during the Internet era will actaully be able to make the transition to a new, mobile economy powered by tiny screens? And, more importantly, what will that company look like?

One place to start looking is perhaps in the unlikeliest of places. In other words, not in Silicon Valley, but in Michigan. Steelcase, the long-time maker of innovative workplace furniture, celebrated its 100th anniversary in March this year. Yet, the company doesn't define itself as an office furniture company, but rather, as a company of ideas: "Companies don't survive for a century, ideas do." (Fittingly, Steelcase is a sponsor of the TED Conference). The company, which began by making steel metal wastebaskets back in 1912, thrived during the great post-war Baby Boomer work generation that saw the transition to fixed workplaces and the rise of the modern cubicle worker. Now, the company is preparing for the next 100 years by reconsidering the “future of work” in all of its possible permutations. Quite simply, in a mobile, post-PC world, Steelcase recognizes that the way that we define work will change and new experiences will emerge.

Jim Hackett, the CEO of Steelcase, uses a deceptively simple idea to guide the company in this transition to a new mobile economy. He refers to this Big Idea as the movement from the "I/Fixed" paradigm to the "We/Mobile" paradigm. This idea can describe many of the changes that we’ve seen over the past generation, as companies shift away from fixed office environments to mobile, collaborative workforces and flexible workspace arrangements that go beyond desks and chairs. One of the company's recently launched product lines is media:scape, which is essentially a blend of furniture and technology to create collaborative workplace environments. At a certain level, Steelcase is no longer selling products, it is selling experiences.

This "We/mobile" paradigm has led Steelcase to explore how some workspaces no longer work the way they used to -- like the little business centers found in most hotels. In response, the company recently partnered with Marriott to develop new experiences for hotel guests based on its re-imagining the future of meetings and work. In partnership with legendary design firm IDEO, Steelcase is developing new test concepts for Marriott that could impact how the world's "road warriors" and other members of the mobile workforce work in the future. And there are other innovations in the pipeline that are preparing Steelcase for the future of mobile work -- like the company's own WorkCafe. At the same time, the company is branching into education and healthcare, where the company's Nurture brand is responding to the transition to a mobile healthcare future.

Getting the next 100 years right will not be an easy task. As Steelcase CEO Jim Hackett points out, fundamental concepts from the world of evolutionary biology and complexity underscore how hard it is to maintain corporate "fitness" over an extended time period. He cites TED speaker Geoffrey West, who describes how cities and corporations grow according to basic evolutionary rules, and Clayton Christensen, who famously posed the Innovator's Dilemma. In the first generation of an organization, it is possible to scale rapidly. However, it is in the second- and third generations that growth begins to taper off. You simply can't reach the same scale consistently by doing the same things over and over again.

In the case of Steelcase, maintaining scale in the mobile future means adopting new innovations that are suited to the rise of new business centers around the globe, especially in places like China. It could mean the creation or support of 3D manufacturing technologies that make current furniture manufacturing operations obsolete. No doubt, it will mean a radically new interpretation of how creativity and design impact every aspect of the workplace. On the company's "Big Ideas" site for the 100th anniversary, 100 of the greatest minds in design and innovation try to ponder the future of the next 100 years. Paola Antonelli of MoMA, for example, predicts that good design will no longer be something that we're astonished by: "Design will be at the center of things, a benign and necessary force in all facets of human experience."

So how do you build the next 100-year company? You first need to ask yourself how the ascendance of mobile will change everything about your industry. Peter Diamandis, author of Abundance, describes a future world in which people living in under-developed areas of the world, such as Africa, have more computing power in their hand than the President of the United States had during the heyday of the space era. This shift to a mobile economy has the ability to change everything from education to healthcare to, yes, the future of work itself. Just as Steelcase got its start making metal wastebaskets, the next 100-year-company may be currently engaged in the creation of something so mundane, yet so practical, that we may not know how to recognize it yet as a future innovator.